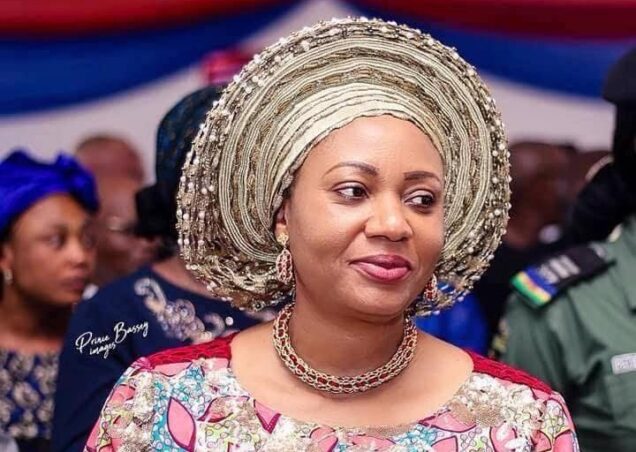 Dr Martha Udom Emmanuel, the wife of the Governor of Akwa Ibom, has empowered 450 women in the state, to make them financially self-reliant.

The governor’s wife also gave wrappers and cash gifts to the women to help them in their businesses, as she also inaugurated the Eket Senatorial District Women’s Forum (ESDWF), Onna Chapter.

The Akwa Ibom governor’s wife enjoined members of the forum in Onna, particularly the new executives, to regard the gesture as a call to service and to cooperate with one another for a successful tenure.

She said that the forum was put together to foster unity among women in Eket Senatorial District, noting that empowerment of women remained the core vision of the forum.

“The forum is meant to go out to all the LGAs and see how we can help our fellow sisters to stand on their feet so that they can provide for their families,” she said.

The Akwa Ibom First Lady thanked the women for the support they had been giving to her husband, saying that their support had spurred the governor and herself to remain committed in their developmental efforts.

The governor’s wife also thanked the wife of the Chairman of Onna LGA and leader of the forum in the area, Mrs Idorenyin Ekanem, for adequately mobilising the women to contribute to the programme.

Earlier, Ekanem expressed gratitude to the governor’s wife for her magnanimity and for all that she had been doing for the needy across the state.

She said that the gesture would go a long way in putting smile on the faces of the beneficiaries in Onna LGA.

Mrs Blessing Richard, on behalf of the beneficiaries, praised the governor’s wife for putting food on their tables and prayed God to bless her.

The highpoint of the occasion was the unveiling of a building design for the proposed Mrs Martha Udom Emmanuel Development and Skills Acquisition Centre.

Richard said the project would be completed before 2023.