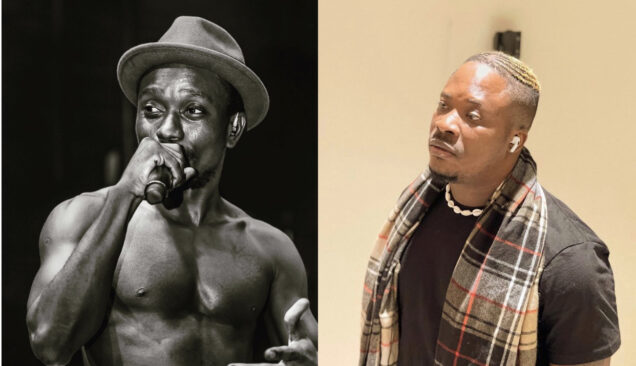 Nigerian singer, Iledare Oluwajuwonlo, better known by his stage name Jaywon, has called out Brymo over his statement that Tuface Idibia’s reign is over.

Brymo recently said 2Baba assaulted him over an allegation he slept with his wife, Annie.

2Baba however responded with a letter by his solicitor, Justin Ige MCIArb.

In the response, 2baba gave Brymo a period of 48 hours to tender an unreserved public apology or face N1 billion defamation suit.

““Bros!!.. your reign is over, stay at home!!.. start a farm. Na music we dey do for here, no be godfather we dey form!” Brymo wrote in a tweet responding to a lawsuit threat sent by 2Face lawyers.

However, Jaywon warned ‘Heya’ crooner against a statement about the end of 2Baba’s reign.

Sharing a video of himself on his Instagram page, Jaywon berated Brymo’ statement, saying the journey Brymo wants to embark on will not end well for him.

He said: “So for the past few days now, I’ve been seeing posts about Brymo saying all sorts of things about 2face.

“That’s why you now feel like you can disrespect 2face and say anything you want to 2face.

“Brymo, it’s as if this overconfidence wants to kill you. Yes, we love you, and we love your music. But this journey that you want to embark on will not end well for you.”