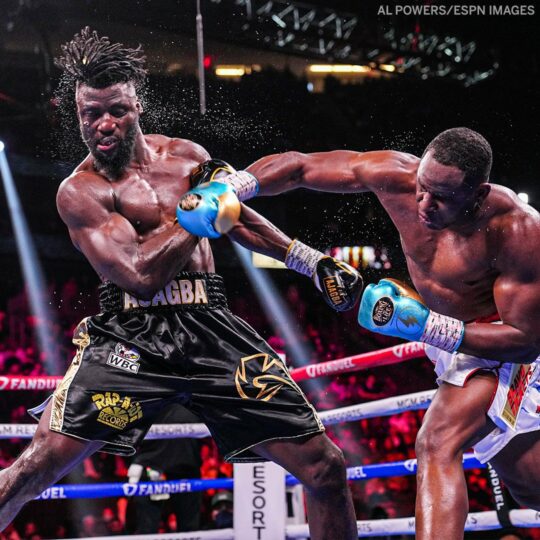 The unbeaten Cuban, 29, shocked the Tyson Fury vs Deontay Wilder crowd when he knocked Ajagba to the canvas but delivered an extra blow to ensure he left his opponent needing to beat the count.

Ajagba had survived the whole duration of the fight to the 10th round.

The fight was an undercard event ahead of the heavyweight title trilogy showdown between Deontay Wilder and Tyson Fury.

With the win in the 10-round bout, Sanchez remains undefeated and retains his WBO NABO, and WBC Continental Americas Heavyweight titles.