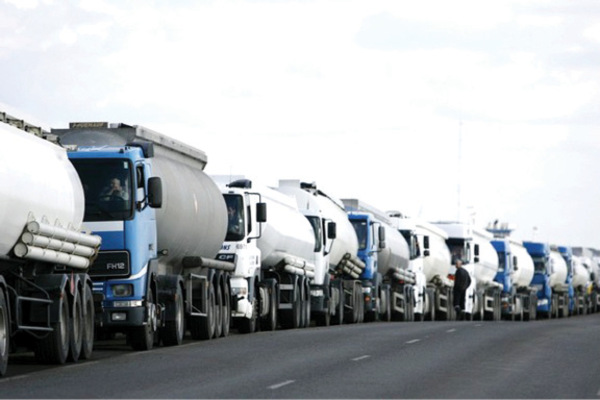 The Nigerian National Petroleum Corporation (NNPC) has called on Petroleum Tanker Drivers (PTD) to, in the interest and welfare of the Nigerian people, call off its strike.

The strike is about the condition of roads in various parts of Nigeria which are used for the distribution of goods and services including petroleum products.

However, even though it is not the responsibility of the NNPC to build or rehabilitate roads, any disruption in the distribution of petroleum products to different parts of Nigeria will, according to a statement signed by Garba Deen Muhammad, Group General Manager, Group Public Affairs Division, NNPC, Abuja, “adversely affect the business of NNPC and endanger energy security, which the country has enjoyed for a long time now.”

He went further: “In recognition of this, the NNPC wishes to assure the Petroleum Tanker Drivers that in addition to the ongoing efforts by other agencies of government, the NNPC has initiated a process that will provide a quick and effective solution to the roads network challenges as expressed by the PTD.

Having recognised that the major reason slowing down the rehabilitation of the road networks in the country is the paucity of funds, the NNPC has expressed interest to invest in the reconstruction of select Federal roads under the Federal Government’s Road Infrastructure Development and Refurbishment Investment Task Credit Scheme.

The thrust of the NNPC’s intervention is to make considerable funds available for the reconstruction of roads through its Future Tax Liability.

NNPC as a responsible corporate entity recognises the legitimate concerns of the PTD, we however appeal to the leadership and members to reconsider their decision in the overall national interest.”

Accordingly, we urge PTD to immediately call off the strike notice and give the current efforts by the government and its agencies a chance to solve the challenges in the interest of all.

We also wish to strongly advise Nigerians not to engage in panic buying petroleum products as the NNPC has sufficient stock to last through this festive season and beyond.

PTD is a branch of the Nigeria Union of Petroleum and Natural Gas Workers (NUPENG). Apart from bad roads, the drivers complained also about the Federal Government’s refusal “to enforce the compulsory installation of safety valve in all petroleum trucks to protect the inflammable contents from spilling over in a situation of road mishaps.” The group alleged also the continued abuse of the tonnage capacity of Petroleum trucks by marketers and transporters across the country.”

The drivers dropped made their threat known on 25 September that if the complaints were not addressed, they would go on strike on 8 October. The union scheduled a similar nationwide strike for 27 March 2021 but was persuaded to drop the plan by the government, promising that the issues it raised would be fixed. Nothing, according to the union, happened.