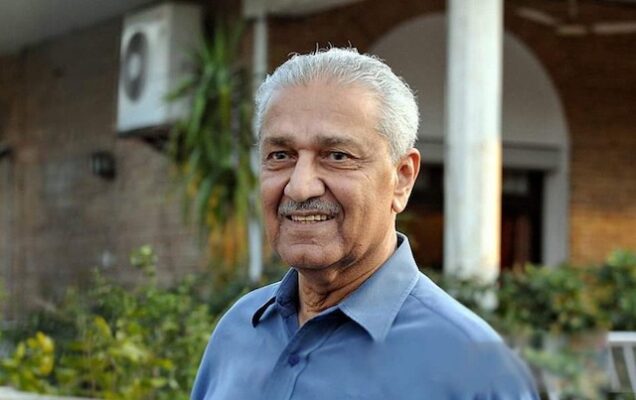 Pakistan’s nuclear scientist Abdul Qadeer Khan, known to the world as A. Q. Khan, died in Islamabad on Sunday at the age of 85 after developing health complications.

Khan was regarded as the “father of Pakistan’s nuclear program.”

President Dr Arif Alvi and Prime Minister Imran Khan have expressed their deep grief and sorrow over his demise.

Prime Minister Imran Khan on his twitter account said that Dr AQ Khan was loved by the nation because of his critical contribution in making us a nuclear weapon state.

“For the people of Pakistan he was a national icon,” he added

In a tweet, Pakistan’s Defence Minister Pervez Khattak said he was “deeply grieved” over A. Q. Khan’s passing and called it a “great loss.”