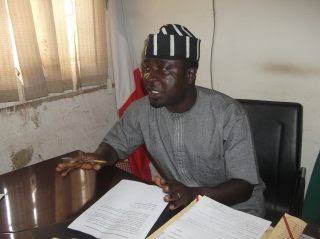 The People’s Democratic Party (PDP) has described Saturday’s local government elections in Plateau as appointments and rape of democracy.

Mr John Akans, Plateau PDP Publicity Secretary made the declaration on Sunday, while speaking with newsmen.

Fabian Ntung, the Chairman, Plateau Independent Electoral Commission (PLASIEC), had announced that APC won all the 17 chairmanships and 325 councillorship seats at the elections.

However, Akans said that what was done were not elections but selections and appointments of APC members.

He said that the party’s next line of action would be made known on Monday.

PLASIEC had earlier barred the PDP from participating in the elections citing a judgment some members of the party secured against the leadership of PDP in the state.

The PDP challenged its exclusion at the elections at the High Court and the Appeal Court but lost at both levels.