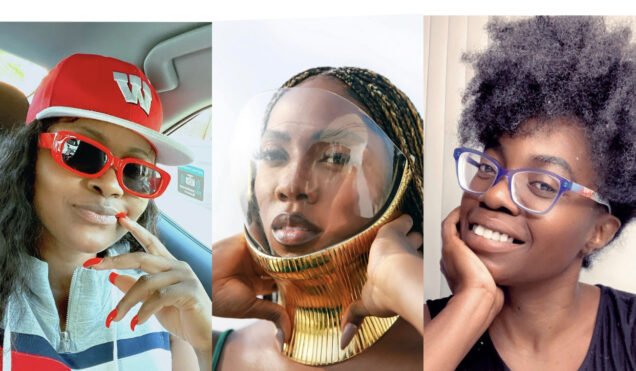 Nollywood actress, Sonia Ogiri and media personality, Shade Ladipo have criticized Pop singer, Tiwa Savage for recording a sex tape with her lover, which has now led to its leakage and threats of blackmail.

The single mother-of-one had cried out about being blackmailed by an unknown individual, who threatened to put up a s*x tape of herself and her lover if she doesn’t comply with the demands.

Reacting to this, Sonia Ogiri lampooned Tiwa for recording an intimate moment with her lover while stating that there is every tendency for this to be a tool for blackmail in the future.

According to her, she is highly disappointed in Tiwa as she didn’t expect such behavior from a mature woman like her.

“Dear @tiwasavage we love you, your songs, and supported you all these years but this is unacceptable behavior from you. So many young girls looking up to you, seeing this story and how you defending your act as “Natural “ isn’t OKAY darling. Please don’t worry about your fans, worry about yourself and SON for tomorrow’s sake. Hope is not a stunt cause only come, only go

“Dear Women please desist from s*x recording either with a boyfriend or even husband, anything can happen tomorrow and it might be used against your interest.

“For those of you that will call me clout chasing, I hope you see beyond clouts cause it won’t put more Dollars 💵 in my account or put my Son in a better school than the BEST he is now.”

On her part, Ladipo shaded the singer after she announced her decision to talk to her 6-year-old son, Jamil about the s*x tape, while declaring that she would never conform to the demands of the person trying to blackmail her.

Shade Ladipo said Tiwa Savage thinks people are dumb and less experienced to believe such a story she cooked up all by herself.

She noted that the strategy adopted by the mother of one to trend is so lame and unwitty.

Taking to her Instastory, she wrote: “All these una celebs that think we are 2yr olds, Abeg sell your sexuality with your full chest. I am here for any decision you make But Pls Negoduu We went to school Keep chot This PR stunt is lame AF.

“Somebody’s son should wake me when all of this done abeg.”