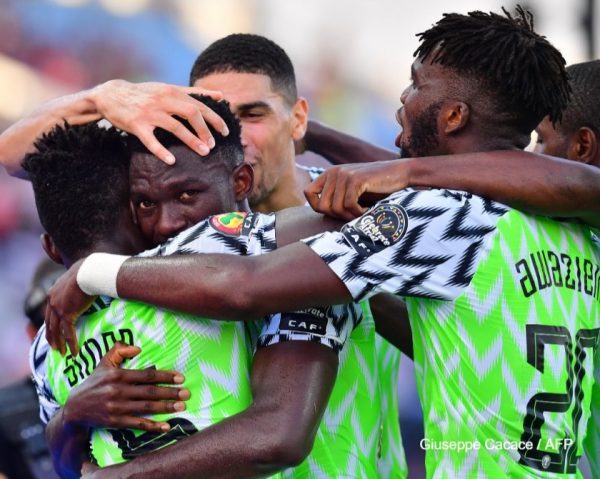 The Super Eagles of Nigeria put their disappointing defeat behind to thrash Central African Republic (CAR) 2-0 on Sunday in a reverse World Cup qualifying match.

CAR had shocked the Super Eagles last Thursday at the Teslim Balogun Stadium, Surulere, Lagos, with a lone goal victory scored on added time to silence the crowd.

But a determined Eagles went to Douala, Cameroon for the reverse fixture and came out victorious.

The Eagles opened scoring on 29 minutes through Leon Balogun following an assist from defender, Chidozie Awaziem.

Red-hot Victor Osimhen finished the job on one minute added time in the first half, burying the ball in the net to give the Super Eagles 2-0 victory.

Osimhen was assisted by Troost-Ekong.

The Nigerian goal keeper, Maduka Okoye made three saves and as it were last week, the Eagles took possession of the match from the blast of the whistle knowing that they must win the match to stand a chance of qualifying for next year’s World Cup.

The Eagles now have nine points to sit comfortably on top of Group C.