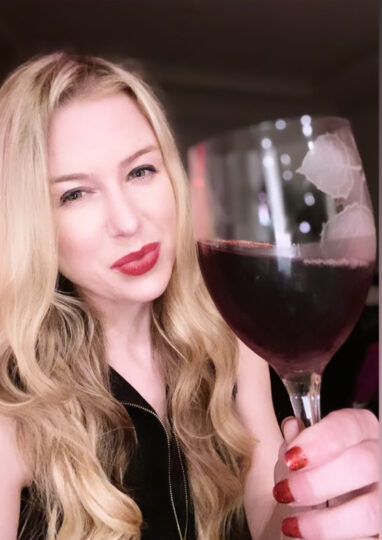 Melanie Avalon always dreamed of reaching new horizons and leaving a lasting impact on the world through her work.

While known for her top health and fitness podcasts, Melanie’s remarkable journey actually began through acting.

Growing up in Memphis, Tennessee, Melanie was actively involved in community theatre.

At 17, she was accepted into the early entrance program at the University of Southern California, where she double majored in film and theatre.

Owing to her terrific track record in college and vast experiences, Melanie quickly secured the coveted membership of the acting union SAG-AFTRA, and subsequently appeared in numerous films and television projects.

Things took an unexpected turn, when Melanie started facing chronic health challenges, including digestive issues and the nebulous catch-all diagnosis of “chronic fatigue.” Resolving to embrace the challenge, she relentlessly sought solutions in the diet and “biohacking” sphere, and launched what would become two top iTunes podcasts, “The Intermittent Fasting Podcast” and “The Melanie Avalon Biohacking Podcast,” which now have over 15 million downloads.

With the desire to share her knowledge about what she learned through the biohacking techniques, Melanie aims to provide solutions for her audience, to help them address their own health issues, and build a better lifestyle for themselves.

As Melanie says, “I crave knowledge – especially knowledge which lends implementable health benefits – and I yearn to share this with others! Podcasting allows me to do just that.”

Melanie’s passion for sustainability in diet and lifestyle also led her to sign with top literary agent Celeste Fine, and publish her best-selling book, What When Wine: Lose Weight and Feel Great with Paleo-Style Meals, Intermittent Fasting, and Wine (W.W. Norton, 2018).

She also developed the top Itunes app, Food Sense Guide, which has reached #5 in the charts for all iTunes Food & Drink apps, and is currently producing her first supplement (serrapeptase), under the brand name AvalonX.

“I was blown away by all the misleading and even nefarious practices I’ve found are happening in the supplement industry,” says Melanie.

“I want to make my own versions of the supplements I currently take, so that I can know I am only putting the best of the best in my body. And I want this for my listeners as well!”

Melanie’s next big project is to develop her biohacking podcast into a TV show format.

Multi-talented and dedicated, Melanie is, without a doubt, an inspiration for all!