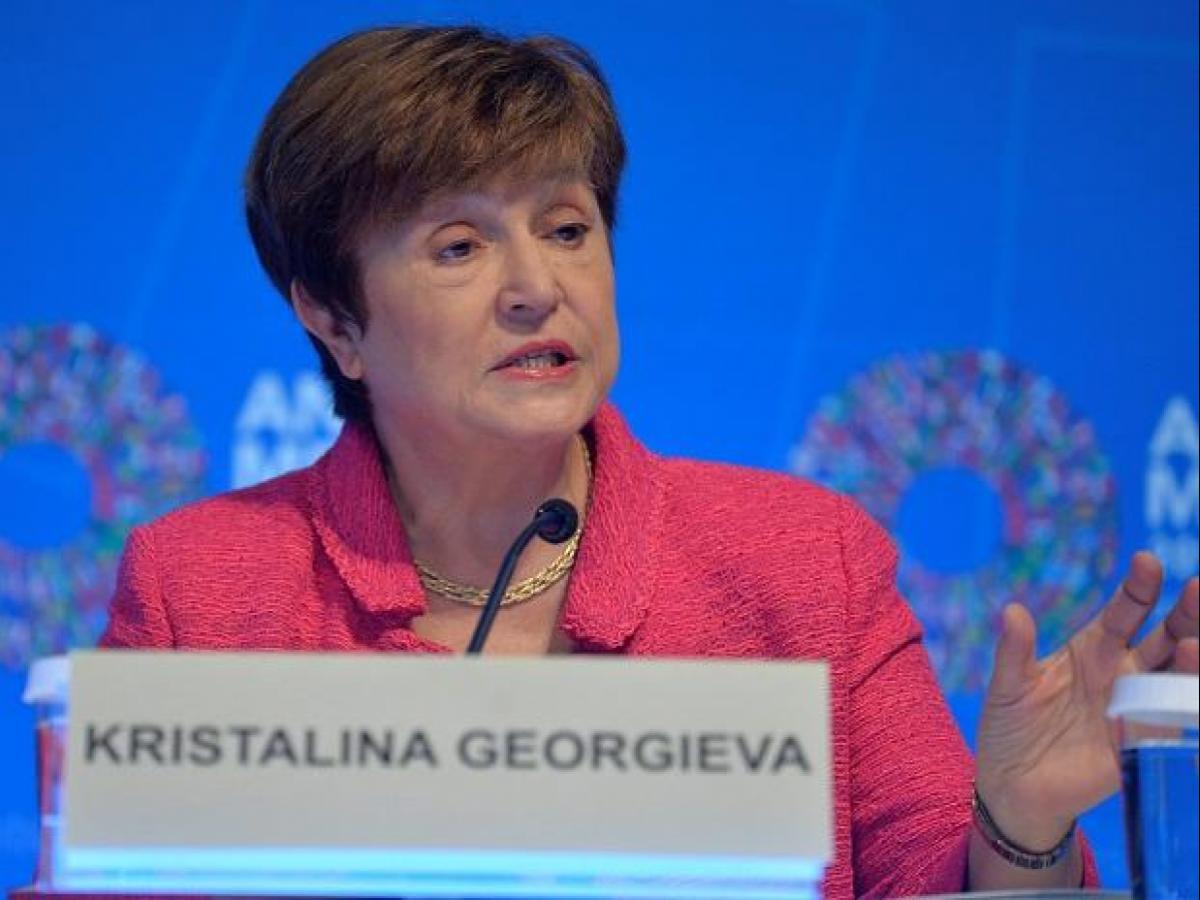 Dr Mo Ibrahim, Chair of the Mo Ibrahim Foundation, has spoken on the moves to force IMF managing director Kristalina Georgieva out of her post, over an allegation that she once favoured China.

Ibrahim issued a strong statement cautioning the forces behind the move, not to throw away a ‘competent leader on a global stage’.

Ibrahim said Georgieva is a victim of US-China tussle, just like Tedros Ghebreyesus of the World Health Organisation.

‘It will be a great shame if Kristalina Georgieva, a highly competent leader on the global stage, falls victim to spurious charges of favouring China’, Ibrahim said.

The geopolitical tussle between the US, the current dominant superpower, and China, the rising challenger superpower, poses an existential threat to multilateralism and global institutions.

The current assault on Kristalina Georgieva, Managing Director of the International Monetary Fund, is a cautionary tale.

She is accused of interfering with the rankings of the World Bank’s Doing Business annual report in 2018, when she was that institution’s CEO, to help improve China’s performance.

This is puzzling given that the man responsible for that report, Professor Shantayanan Devarajan, says that she did no such thing.

In fact, in 2018, China’s progress in the annual ranking actually stalled.

Following Kristalina Georgieva’s departure from the Bank, China resumed its move up the rankings, climbing 15 places between 2019 and 2020.

Kristalina Georgieva is not the only senior international civil servant caught up in US-China hostility.

Dr Tedros Ghebreyesus, Director General of the World Health Organization, was savaged by President Trump and accused of being a China fan.

The US subsequently suspended its membership of the WHO in the midst of a global pandemic. Now Dr Ghebreyesus finds himself under fire from China over the WHO’s investigation of the origin of COVID-19.

Kristalina Georgieva has demonstrated committed leadership and key support for developing countries struggling with the economic fall-out from the pandemic.

She played a critical role in the unprecedented allocation of $650bn of Special Drawing Rights (SDRs) and in providing debt forgiveness for the world’s poorest nations through the Rapid Credit Facility.

Such support is vital for African nations, which, without the fiscal and monetary levers available to wealthier nations, have only been able to mobilise less than 1% of GDP to respond to the crisis.

The pandemic has brought into stark relief why multilateralism matters. Global challenges are multiplying and demand a collective response.

It will be a great shame if Kristalina Georgieva, a highly competent leader on the global stage, falls victim to spurious charges of favouring China.

It will be a greater shame still if this affair adds another crack to the fracturing of global institutions, weakening our collective ability to tackle growing global challenges.