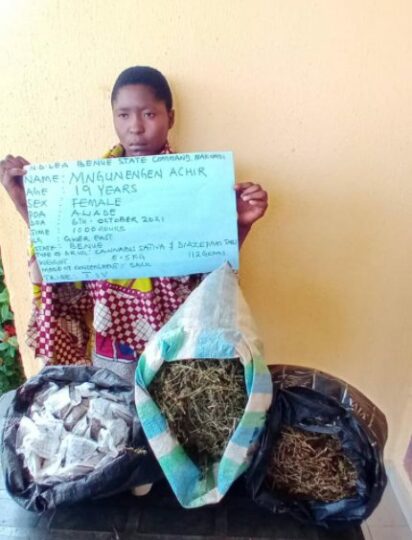 NDLEA spokesman, Femi Babafemi, in Abuja in a statement Sunday, said Achir was arrested with 5.5kg cannabis and 112grams of diazepam on October 6 in Aliade area of the state.

“Other members of the arrested lady’s cartel abducted the retired NDLEA personnel from that community who they assumed was still a serving officer, took him to a forest and demanded for the release of the suspect in custody before their victim would be freed,” he said.

Babafemi, however, didn’t give further details on the incident.

He added that NDLEA officers had, in the past week, arrested 110 drug dealers in nine states, dismantled their hideouts and seized assorted illicit substances.