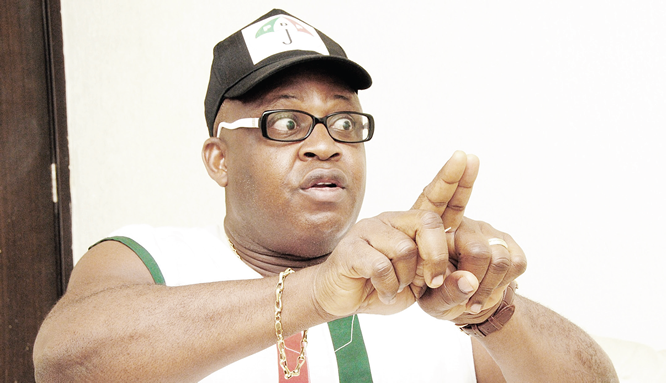 Justice Joy Okeaya-Inneh of a Benin City High Court on Friday issued an interim injunction restraining embattled National Vice Chairman (South-South) of the Peoples Democratic Party (PDP), Chief Dan Orbih, the State Secretary of the party, Hilary Otsu and nine others from participating in the national convention of the party, scheduled to hold from 30 to 31 October, 2021 in Abuja.

Governor Godwin Obaseki was present as members of Peoples Democratic Party, PDP ratified the suspension of the National South-South Vice Chairman of the party, Dan Orbih on Monday.

Also ratified at an enlarged meeting of the leaders of PDP held in Benin City was the suspension of the member representing Oredo Federal Constituency in the Federal House of Representatives, Omoregie Ogbeide-Ihama, the State Secretary of the party, Hilary Otsu, the Oredo LGA Chairman of the party, Oduwa Igbinosun, and the Chairman of Oredo Ward Four, Mr Friday Enaruna.

The suspension of Orbih and others was ratified by all PDP leaders across the 18 Local Government Areas and the three Senatorial Districts of the State despite opposition from the national leadership of the party.

Emboldened by the presence of Obaseki, Mike Nosa-Ehima, a leader of the PDP in Oredo Local Government Area moved the motion for the ratification of the suspensio.

It was seconded by Sylvanus Eruaga, a leader of the party from Etsako West LGA.

Nosa-Ehima told the leaders of the party that “all those that have refused to allow the party to grow are being suspended in the interest of the PDP.”

Earlier at the meeting, Obaseki, said, “There are people who have continued to come and feed you with lies. That is the nature of their politics; if there is no confusion they will not eat.

“Last year, when we join you, we started a movement that has never happened in Edo before, not even in our politics. If we go for election today, we will win by 85 per cent. It means we don’t have meaningful opposition and if this is the situation, we should not create opposition inside.

“I will not leave PDP. I am the leader of PDP and by the grace of God I will lead PDP well. Anybody that doesn’t want me to lead or want to accept my leadership will leave PDP for me.

“We are here to stay and invest in PDP. I’m the governor to join PDP last and was made chairman of our e-registration process so why should I leave the party ? We came to meet PDP as a solid party, the only true party in this country while others are special purpose vehicles for elections.

“I said come let us harmonise and the harmonization is to carry everybody along. We don’t need to lie in politics. Politics is a game of numbers. For one year I have been begging for us to harmonise. I went round when we wanted to make appointment and the numbers of application, we have been almost same with the petition we received, it shows we have not harmonised.

“I call all of you leaders of the party to come to build a solid Party. We won our election last year because of our cooperation. United will stand and divided will fall. We are in PDP now for over a year.

“We can’t escape from harmonization if we want to go for National Convention. I have almost 300 to 400 Political appointment I want to make.

“People are greedy, politics is all about give and take. I appreciate PDP, we came we won we are not leaving PDP, will not accept any opposition within PDP, if you are not happy with my leadership you can leave us. Let’s all of us Harmonise some Local Government have done there own while some are still far behind.

“By this weekend, please complete the harmonization. I am here to assure you that there is something for everyone that have worked for us and continue to work for us. The important thing is for us to continue to grow our party”, He said

Speaking for Edo Central Senatorial district, Mrs Philomena Ihenyen, said “It is very easy for them to take decisions because they speak one language, saying that their harmonization is almost ready just as she said that all the leaders in the zone are with the governor.

Ihenyen assured that they recognized the governor as their leader in the party because we also have the opportunity to tell our people that you can’t separate the party from the governor.

PDP leader in Edo North, Mr Johnson Abolagba, said that he is optimistic that all the Local Government in the Area are almost done with their harmonization process, saying that they would submit their reports ahead of deadline.

Abolagba said that they are not part of those who said Obaseki should take government while they take the party, saying those saying such don’t know what they are doing.

He said that news of Obaseki joining PDP is one he would not forget in a hurry, saying that the party remain thankful for his defection to the party.

In his speech, the Representative of Edo South Senatorial district, Mr Osaze Jesuorobo, said that PDP fought for the governorship seat for twelve years, which they later got on a platter of gold and they must appreciate it.

Jesuorobo said that they know the importance of being in a ruling party, saying that the governor is their leader and there is nothing anybody can do about it. He assured that they are hundred per cent behind him.

He said that they had started suspending some of those opposed to the governor and will continue until only those who are ready to support him and accept him as the party leader are left.