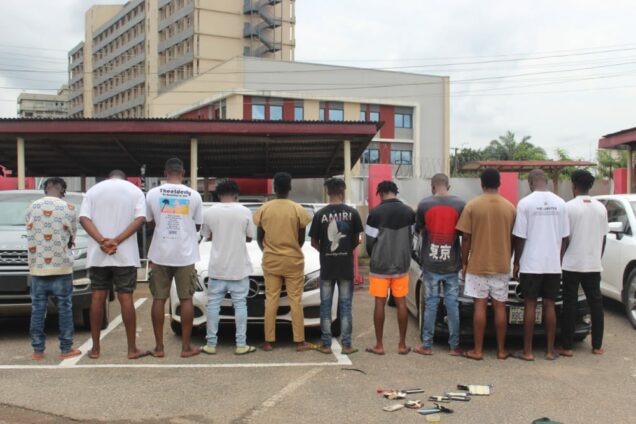 Operatives of the Benin Zonal Command of the Economic and Financial Crimes Commission, EFCC, on Sunday arrested 11 suspected internet fraudsters in Benin.

The commission, in a statement issued by its spokesman, Wilson Uwujaren on Monday said the suspects were arrested in separate locations in the City based on actionable intelligence on their alleged involvement in cybercrime.

Uwujaren added that the suspects had made useful statements and would be arraigned in court as soon as the investigations were completed.