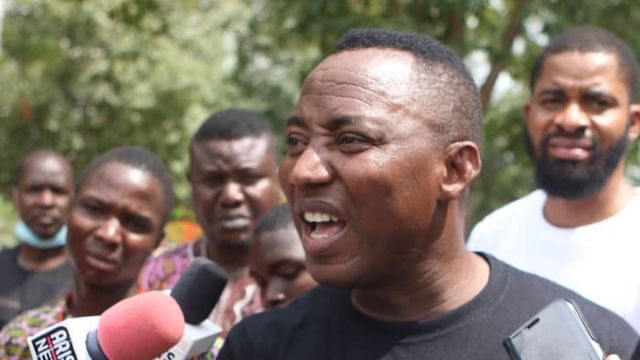 Omoyele Sowore, a human rights activist, has told the Lagos State Police Command,  that there will be #EndSARS memorial protests on October 20.

The Police command earlier on Monday announced that it would use all legitimate means within its constitutional powers to suppress any #EndSARS memorial protest.

The  Command’s Spokesperson, Adekunle Ajisebutu said credible intelligence at the disposal of the command has revealed clandestine plans by some youths, individuals, or groups to embark on a protest in commemoration of the one year anniversary of #EndSARS.

However, Sowore, while responding to the command, said Nigerians can not be suppressed.

In a post on his verified Twitter, he wrote “@PoliceNG in Lagos & across Nigeria, there will be #EndSARS memorial protests and direct actions on October 20, 2021.

“Nobody can suppress the will of Nigerians to repudiate the mass atrocities of the @mbuhari regime on that day and beyond.”