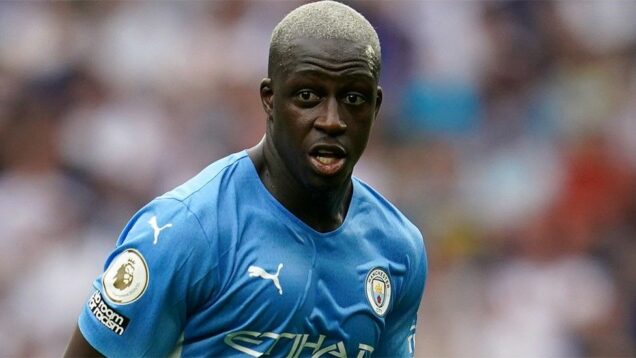 For the third time, Manchester City defender, Benjamin Mendy has been refused bail ahead of his trial for rape and sexual assault.

He was not in court, but being held on remand at HMP Altcourse, Liverpool.

The French international has been in custody for around seven weeks, after allegations of rape and sexual assault.

Mendy was charged on August 26, with three counts of rape relating to an alleged incident in October 2020 and with the sexual assault of a woman in early January this year.

After allegations against him, Manchester City suspended the defender pending an investigation.

Mendy has also been removed from the club’s official online shop, with fans unable to buy shirts with his name and number on the back.

It is not even possible to search for “Mendy” in the search bar, nor can users browse Mendy products under the “shop by player” option.

His name, however can be seen in the squad list of the Manchester Club.

The 27-year-old joined City in 2017 from Monaco. Since then, he has won the ­Premier League three times, two League Cups and the Community Shield.