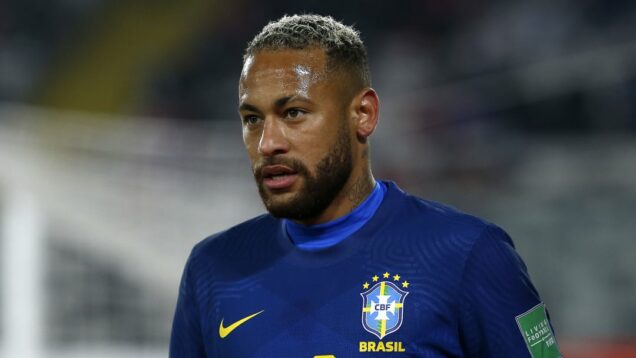 Neymar has admitted that the 2022 World Cup will probably be his last for Brazil attributing it to the mental strain football has had on him in recent times.

He said this while speaking in the documentary Neymar & The Line Of Kings, produced by DAZN.

“I think it’s my last World Cup,” the Paris Saint-Germain forward confided. “I see it as my last because I don’t know if I have the strength of mind to deal with football anymore.

The 29-year-old has played at two World Cups previously. In 2014 which was played in his home country – was cut short by injury. As a result, he missed his side getting thrashed 7-1 by Germany in the semi-final.

Four years later he was again involved as his side crashed out in the quarter-finals to Belgium.