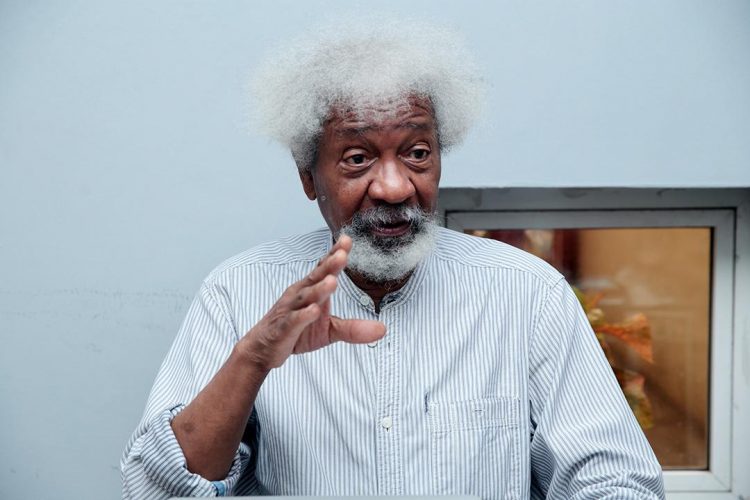 Nobel laureate, Prof. Wole Soyinka is not dead contrary to rumours going on in social media.

Hundreds of twitter users were shocked a while ago when it was claimed that Soyinka was dead.

But P.M. NEWS can authoritatively say that Soyinka is very much alive, hale and hearty.

P.M. NEWS spoke with the Nobel Laureate, who is right now in Los Angeles, United States of America, where he is promoting his new novel, ”Chronicles From the Land of the Happiest People on Earth.”

The novel has been receiving positive reviews in the media all over the world.

Wole Soyinka, author of many books spanning all genres, won the Nobel Prize in Literature in 1986.

Just this afternoon, around 2.00pm Nigerian time, he gave a virtual opening address at the first JP Clark Memorial Symposium.