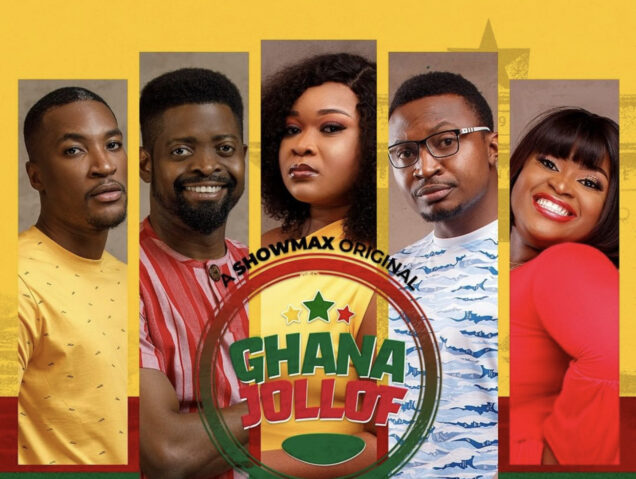 The comic follows the tale of two young Nigerians, Jasper (Funnybone) and Romanus (Akah Nnani), who travel to Ghana for a fun spree.

The exciting new comedy series created by Basketmouth and directed by Diji Aderogba, ensemble its cast from Nigeria and Ghana where it was shot.

The trailer introduces some of the major cast including Basketmouth, Joseyln Dumas, Uzor Arukwe and teases fans with a bit of its comic plot.

The anticipated series is Showmax’s second original production after its reality series ‘I Am Laycon’.

Speaking at an event unveiling the new show, executive producer Basketmouth said: “I’ve always wanted to create something that would be a collaboration between Nigeria and Ghana, and ‘Ghana Jollof’ is a realization of that dream. From the cast to the crew, everyone gave of themselves to create a show deserving to be Showmax’s first comedy-drama from West Africa. We all can’t wait for the fans to see what we’ve cooked up.”

The debut season of ‘Ghana Jollof’ will reportedly be 13 episodes.