You begged me behind the scene: Tonto Dikeh replies Janemena 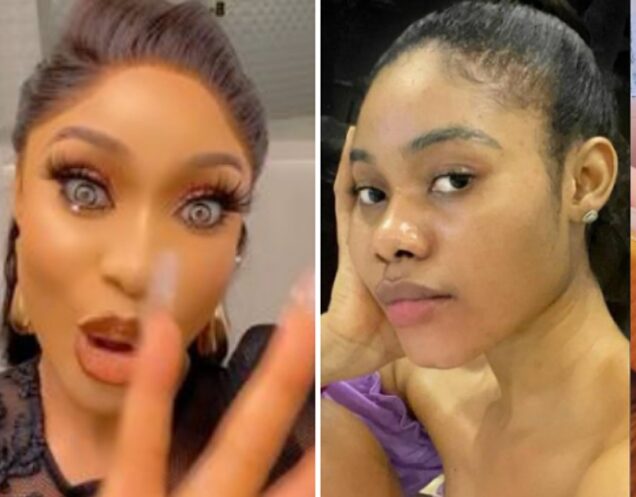 Dikeh, who stated this on Tuesday, also refused to backtrack her statements that Janemena’s sex tape exists.

“If I say your sex tape exists, I say it again and again, child. You can’t be begging me behind the scenes to save your marriage and begging to see me for an appointment to explain yourself and then come with a petition.

“I’m not as dumb as your boyfriend so I wouldn’t be releasing your tape nor your call a week ago. See you in COURT,” Dikeh wrote on Instagram.

Tonto Dikeh made the statement a few hours after PM News reported that Janemena had petitioned the office of the Inspector-General of Police.

Janemena, in the petition, accused Tonto Dikeh of cyberstalking and criminal defamation of her character.

She demanded that Tonto Dikeh tenders an apology and pay a sum of N500,000 million.

Dikeh in the wake of her messy breakup with Kpokpogri, in September, had published a statement which said:

“After listening to these leaked voice notes between JOSEPH EGBRI (fake name Prince Kpokpogri) and Merit, I personally called my relationship off with a man I honestly LOVE. …

‘‘This may be a good time to say @Janemena this man has so much of your sex tapes with him in his possession (old and very recent) Not just you but a lot of other married women, celebrities, and single girls too… If he hasn’t blackmailed any if (sic) you yet it’s a matter of time!!”.

However. Janemena’s solicitor described Dikeh’s posts as damaging and malicious.