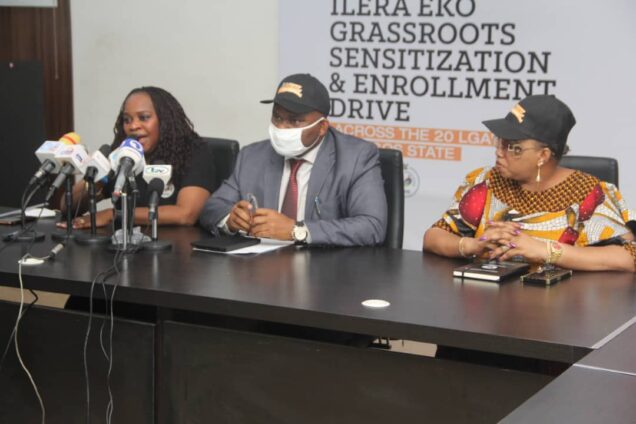 Lagos State Health Management Agency (LASHMA) on Wednesday said it planned to enroll three million residents into the state’s health insurance scheme in the next one year.

General Manager, LASHMA, Dr. Emmanuala Zamba, disclosed this at a news conference to announce its ‘Ilera Eko grassroots’ sensitisation and enrollment drive across the 20 local councils in the state.

She said the government already had 222 health facilities to drive the scheme to success.

According to her, the sensitisation and enrollment drive became important because the state government understood that health is wealth.

The General Manager dislosed that 527,000 residents had been enrolled so far under the insurance scheme and hoped that more residents would be enrolled soonest as government drives grassroots sensitisation.

Special Adviser, Office of Civic Engagement, Princess Aderemi Adebowale, said all around the globe, health remained on the priority list of every government at all levels, and that Lagos could not afford to be an exception.

“This is the reason the administration of Governor Babajide Olusola Sanwo-Olu is focused on ensuring that all the residents of Lagos State, have access to quality, equitable and affordable healthcare regardless of their socio-cultural and economic status, towards the attainment of Universal Health Coverage (UHC) in our state.

“This has necessitated the government to embark on the building and renewal of health facilities all round the State and the continuous initiation and promotion of various intervention programmes that include the Lagos State Health Insurance Schemes also known as ‘ILERA EKO,” said Adebowale, who was represented by the Permanent Secretary, Office of Civic Engagement Mr. Kayode Ogunnubi.