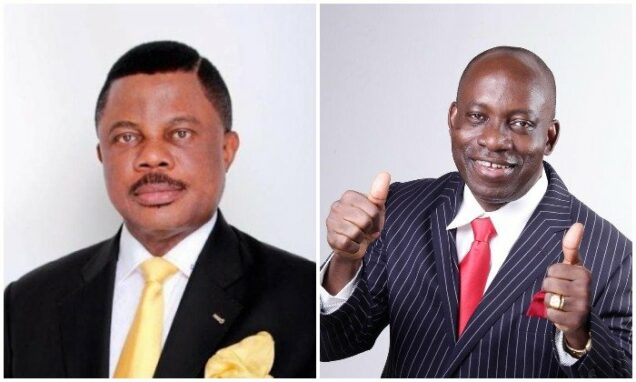 Anambra State Government has debunked reports that Governor Willie Obiano and governorship candidate Prof Chukwuma Soludo were attacked at a campaign rally in Ihiala Local Government Area of the State on Tuesday.

James Eze, Chief Press Secretary to the Governor, in a statement described the report as false.

He said it should be disregarded.

“The fact is that when some gunmen engaged security operatives in a shootout in Ihiala today, Governor Obiano was attending a pre-scheduled political rally in Ogbaru Local Government Area along with Prof Chukwuma Soludo, the standard-bearer of the All Progressives Grand Alliance in the November 6, 2021, gubernatorial election in the state, the statement read.

“The Ogbaru campaign was highly successful with a large turn out of party members and supporters who came to reassure Prof. Soludo and APGA of their support in the coming election”.

“Governor Obiano deeply regrets the shootout at Ihiala today and the attendant loss of lives.

“He calls on all the politicians involved in the ongoing electioneering campaign in the state to join hands with him in calming the political temperature of the state in order to ensure a peaceful and fair election on November 6, 2021”.