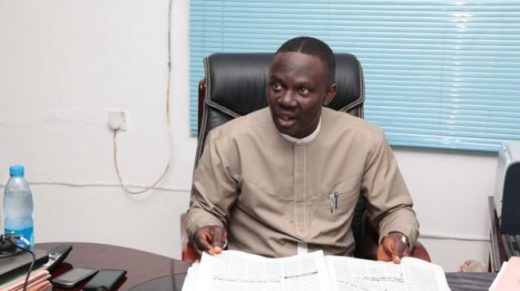 The Chairman of the Peoples Democratic Party (PDP), in Etsako East Local Government Area of Edo State, Sir Sunday Adogah, has said Prince Kassim Afegbua has no authority to speak on the internal affairs of the party since he has been suspended.

Adogah noted that the suspension of Afegbua has been ratified by the National Executive Committee (NEC) of PDP, in a statement on Tuesday evening.

He noted that as a result, Prince Afegbua, a one-time chieftain of the party, remains expelled from the party and no longer attends meetings of the party in Edo State and as such, appears to be more of an APC chieftain.

He added that Afegbua “has already sold his soul to Adams Oshiomhole.”

P. M. NEWS reports that Prince Afegbua was expelled from the party in May this year, by the Edo State Exco, led by the Chairman of the party, Dr. Tony Aziegbemi, with a copy of the expulsion letter forwarded to the PDP National Chairman, Prince Uche Secondus and was ratified by the national body of the party.

“Prince Afegbua had engaged in anti-party activities when he worked against the party’s candidate in the Edo September 19, 2020 governorship election.

“Apart from the foregoing, he petitioned the Economic and Financial Crime Commission (EFCC) and the Independent Corrupt Practices and other Related Offences (ICPC), demanding the investigation of the party leadership over a purported N10 billion fraud.

“Afegbua who served as Commissioner for Information in Edo State, was expelled for alleged anti-party activities in his ward before the Edo State governorship election held on September 19, 2020,” Adogah added.