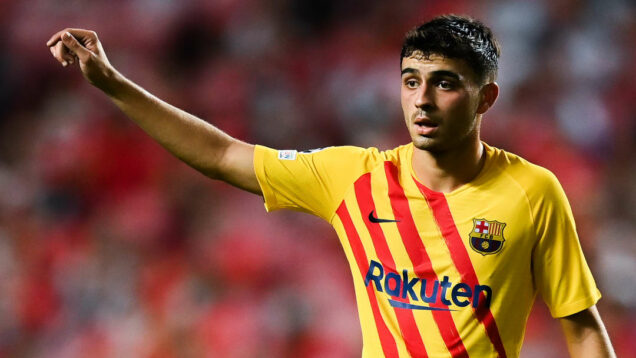 Barcelona have officially confirmed midfielder Pedri has agreed a new contract with the club which will last until 2026.

The Spanish club confirmed the report in a statement on its website. “FC Barcelona and the player, Pedro González ‘Pedri’, have agreed a contract extension up to 30 June 2026. The release clause is set at 1 billion euro.

“The new contract ties down the player from the Canary Islands for the rest of this season and a further 4 years. The official signing will take place on Friday 15 October.”

Pedri signed for Barcelona from Las Palmas in the summer of 2020 and played 52 games for Ronald Koeman’s side last season, making him the most used player at the club in 2020/21, followed by Frenkie de Jong and Antoine Greizmann.

The 18-year-old was recently named in the 30-man shortlist for the 2021 Ballon d’Or award, thanks to how quickly he adapted to Barcelona’s style of play.

The contract signing will take place on Friday in a ‘private ceremony’ in president Joan Laporta’s office before a photo session and a press conference.

The release clause of €1bn is the highest the club have ever set, eclipsing those of former forwards Antoine Griezmann (€800m) and Lionel Messi €700m.