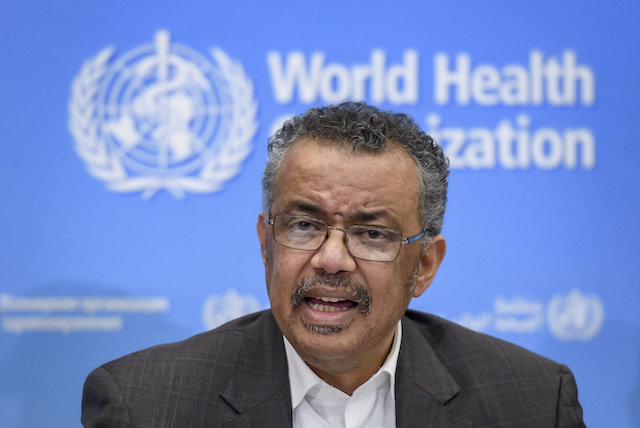 The World Health Organisation (WHO) on Wednesday launched an expert group that will examine the origins of new pathogens, including SARS-CoV-2, the coronavirus that causes COVID-19.

The proposed members of the WHO Scientific Advisory Group for the Origins of Novel Pathogens (SAGO) were selected for their expertise in areas such as epidemiology, animal health, clinical medicine, virology and genomics.

WHO chief, Dr Tedros Ghebreyesus, announced this during his regular briefing from Geneva, Switzerland.

“SAGO will advise WHO on the development of a global framework to define and guide studies into the origins of emerging and re-emerging pathogens with epidemic and pandemic potential, including SARS-CoV-2.

“The emergence of new viruses with the potential to spark epidemics and pandemics is a fact of nature, and while SARS-CoV-2 is the latest such virus, it will not be the last,” he said.

The 26 scientists come from several countries, and were selected from over 700 applications following a global call.

A two-week public consultation period will take place for WHO to receive feedback on the proposed SAGO members.

Dr. Maria Van Kerkhove, WHO Technical Lead on COVID-19, said the world must be better prepared for any future “Disease X”.

Responding to a journalist’s question, she anticipated that SAGO will recommend further studies in China, and potentially elsewhere, to understand the origins of the new coronavirus.

While SAGO will advise WHO, any future missions will be organised by the UN agency and the country in question.

Reported Chinese testing for antibodies in Wuhan residents in 2019 will be “absolutely critical” to understanding the virus’s origins, van Kerkhove said.

Mike Ryan, WHO’s top emergency expert, said the new panel may be the last chance to establish the origin of SARS-CoV-2, “a virus that has stopped our whole world”.

The WHO was seeking to “take a step back, create an environment where we can again look at the scientific issues”, he said.

“This is our best chance, and it may be our last chance to understand the origins of this virus.”

Chen Xu, China’s ambassador to the UN in Geneva, told a separate news conference the conclusions of the joint study were “quite clear”, adding that as international teams had been sent to China twice already, “it is time to send teams to other places.”

“I do believe that if we are going to continue with the scientific research I think it should be a joint effort based on science not by the intelligence agencies,” Chen said.

“So if we are going to talk about anything, we are doing the whole business within the framework of SAGO”.

Tags:   The World Health Organisation (WHO)   WHO Scientific Advisory Group(SAGO)