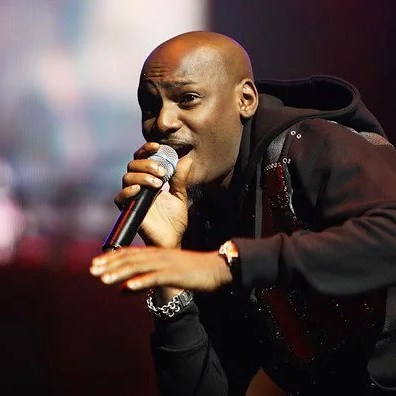 Nigerian singer,  Innocent Idibia popularly known as 2Baba has taken his ‘Vote Not Fight’ campaign to Anambra State ahead of the November 6 governorship poll in the state.

The pop star who spoke in Awka called on the youth in the state to shun violence during the election.

2Baba reiterated the place of the youth as “critical stakeholders” in polity and nation-building.

“We are here to dialogue with Anambra youths and campaign for peace, especially, as we prepare for election. Our youths are critical stakeholders; this is why politicians use them to cause violence,” the singer said.

“I want to tell you that violence has no gain but destroys lives and property.

“As youths, we need to promote peace, because without peace; the election cannot be free, fair and credible, and development too, cannot take place.

“Let us be aware that election is not war but a time for us to participate by voting wisely for the candidate that can help secure our future.”

Idibia urged the Independent National Electoral Commission (INEC) and the security agencies to discharge their duties without any form of bias.

He also charged the electorate to cooperate with the security agencies to ensure a violence-free election on November 6.

The campaign is organised by the Catch Them Young Community Initiative (CATYCOI) in collaboration with the 2Face Idibia Foundation.

It is supported by the National Democratic Institute (NDI) and the United States Agency for International Development (USAID).