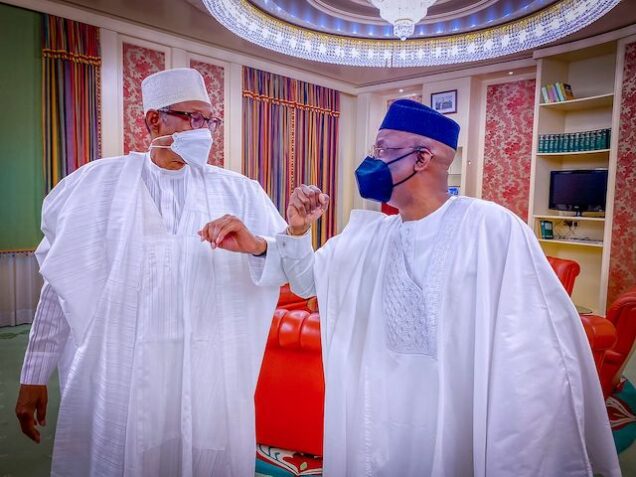 Pastor Tunde Bakare has described his visit to President Muhammadu Buhari as private, but out of the meeting, he went smack into political controversy.

At the end of his closed doors meeting with Buhari, Bakare condemned the calls for power shift based on primordial sentiments.

He said Nigerians should concentrate more on competence when electing the next President in 2023.

According to him, the region or part of the country from which contestants come from does not matter because the country deserves the best as President.

“I said it on the Oct. 3, it is our immaturity politically and otherwise that makes us say that power must either be in the North or be in the South instead of looking for the best, fittest or most competent and people of character who love this country.

“If where the president comes from will make the place he has come from to be better, then the northern part of Nigeria should be the richest, most progressive and most developed.

“Because out of 61 years, the North has produced either President or Head of State for 40-41 years and yet, see the retrogression in the North.

“If it is from the South, why should a person like former President Obasanjo freeze the account of Lagos State during his tenure?

“May the best and best of Nigerians rise whether they are from the East, West, North or South.

“But if there is an agreement between the politicians to rotate power among themselves, that is between them but as far as Nigeria is concerned, what we need at this stage, is men who can drive us to the Eldorado.”

Bakare also reiterated his call for immediate restructuring of the country.

“I have said it before, the documents are there, it is there for everyone to see and I have presented copies to the President.

“We can do it without shooting any gun. We need to do it to move this nation forward.

“The founding fathers of this nation; Sir Ahmadu Bello, Chief Obafemi Awolowo, Dr Nnamdi Azikiwe, Prime Minister Tafawa Balewa, alongside with their entourage, in Lancaster House and everywhere agreed on what type of government Nigeria should have. We must not change the goal post in the middle of the game.

“We are better-off together, as a nation, than going different ways but it must be based on equity, justice, fair play and the rule of law.”

On his political ambition in 2023, Bakare said:

“I am a nation builder and if God wants me to do that and the people of Nigeria will appreciate that, why not?

“I’ve pastored the church for 23 years and now I want to focus on nation building,” he said.

Bakare used the opportunity to commend the Nigerian Senate for approving the transmission of election results electronically.

He said: “It is one of the best things the present National Assembly has done, especially the Senate, because with that, Nigerians can vote and the results can be transmitted easily.’’