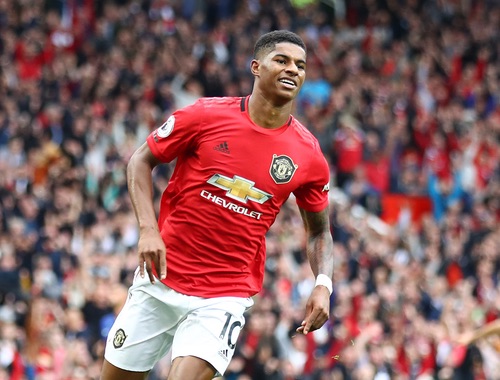 Manchester United manager, Ole Gunnar Solskjaer has confirmed that Marcus Rashford is in line to make his first appearance of the season when they face Leicester City on Saturday.

The striker has been off action for the red devils since the Euro 2020 final, after which he went for surgery on a shoulder injury.

After battling with the injury for almost one year before the surgery, Rashford recently said that he feels ‘fully free from injury’ for the first time in months, and now Solskjaer has confirmed that Rashford will return to the United squad.

“He’s in the squad, yes,” Solskjaer told a press conference. “If he’s going to start or not, I can’t tell you now because it wouldn’t be right but he’s worked really hard throughout the whole lay-off.

“He’s been really bright this week, he had a 60-minute involvement in a behind-closed-doors game last week so he’s fit and raring to go.”

Solskjaer, however, confirmed that centre-back Raphael Varane has been sidelined with a groin injury, while Fred and Edinson Cavani will both miss the Leicester game after featuring for their international sides in the early hours of Friday morning.

“Yeah, you know the international breaks are sometimes a time to cross your fingers and hope for the best.

“Because as we see with Raphael, he’s got an injury, out for a few weeks, but then again Victor [Lindelof] and Eric (Bailly) played in the internationals and got good game time so that was good for us.”

Centre-back Harry Maguire also remains sidelined with a calf problem, but Solskjaer confirmed that the Englishman returned to light training