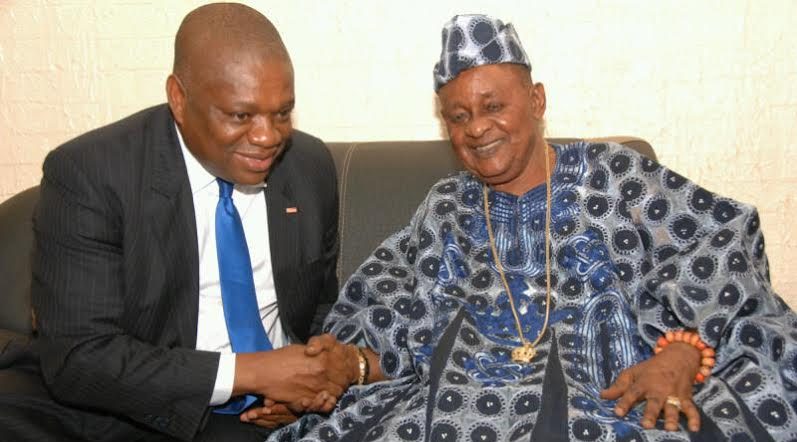 The Chief Whip of the Senate, Sen. Orji Kalu, has congratulated the Alaafin of Oyo, Oba Lamidi Olayiwola Adeyemi III on the occasion of his 83rd birthday anniversary.

Kalu, in a goodwill message on Friday in Abuja, acknowledged the contributions of the traditional ruler to nation-building through various platforms and applauded him for his wise counsel on national issues.

The former governor while extending his goodwill message to the people of Oyo, prayed for a longer life for the paramount ruler.

Kalu urged the royal father to sustain his advocacy on peaceful co-existence among all ethnic groups in the country.

He added that the role of traditional rulers in the sustenance of peace and unity cannot be undermined.

“On behalf of the people of Abia North Senatorial District, I convey my warm greetings to the Alaafin of Oyo, Oba Lamidi Olayiwola Adeyemi III, Iku Baba Yeye on the occasion of his 83rd birthday anniversary.

“As a foremost traditional ruler, the Alaafin has over the years, contributed immensely to the social, economic, and political development of Nigeria.

“The monarch has vast experience in leadership and as such, leaders at all levels of government will continue to tap from his knowledge.

“Oba Adeyemi’s reign has brought growth and progress to Oyo town and environs.

“As the first-class monarch celebrates this milestone, it is my prayer that God will continue to strengthen Oba Adeyemi as he steers the affairs of Oyo kingdom,” he said.