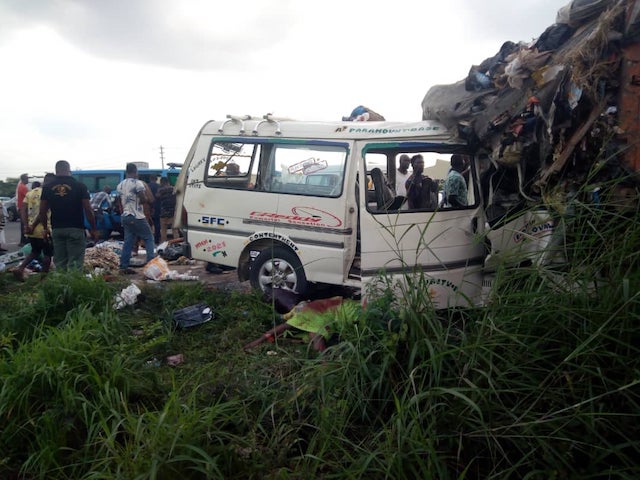 The Federal Road Safety Corps (FRSC) in Ogun on Saturday confirmed that three persons lost their lives in a lonely accident around Four Square Gate on Lagos-Ibadan Expressway.

The Ogun Sector Commander of FRSC, Mr. Ahmed Umar, told the News Agency of Nigeria (NAN) in Ota, Ogun, that the accident happened at about 6.50 a.m.

He blamed the accident on excessive speeding, which made the vehicle to lose control, skipped into the bush, thus leading to the death of all the males in the vehicle.

“The corpses of the victims have been deposited at FOS morgue, Ipara,” he said.

The sector commander described the crash as an avoidable act, advising motorists to avoid excessive speed and dangerous driving, and also to obey traffic rules and regulations.

Umar commiserated with the family of the victims and prayed to God to grant them the fortitude to bear the loss.

He also enjoined them to contact the FRSC Command in Ogunmakin KM27, for details of the crash and reclaim the properties of the victims recovered from the scene of the mishap.