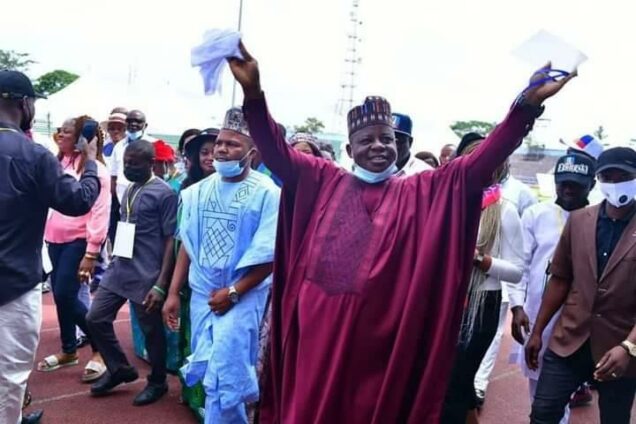 Mr Alphonsus Eba has emerged as the new Chairman of the All Progressives Congress (APC) in Cross River.

The News Agency of Nigeria (NAN) reports that Eba was elected through consensus voice votes by the party stakeholders on Saturday in Calabar.

NAN also reports that the seven-man state congress committee including its Chairman, Alhaji Abubakar Malami and Secretary, Mr Emilia Okonji, were in attendance to observe the conduct of the congress.

Eba commended Gov. Ben Ayade and APC stakeholders for the confidence reposed in him.

He promised not to betray the trust and called for members support to enable the party retain power in the state come 2023.

Eba thanked the delegates and the party for the opportunity given to him to serve as the Chairman.

Also speaking, the newly elected Publicity Secretary of APC, Mr Erasmus Ekpang, applauded the governor and stakeholders in the state for uniting the party.

Ekpang assured the stakeholders that APC would win the 2023 polls in the state.