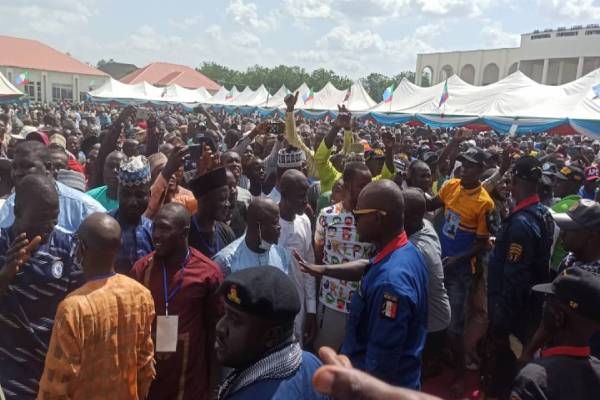 Alhaji Haliru Jikantoro has emerged as the new Chairman of the All Progressives Congress in Niger.

Alhaji Ahmed Wambai, Chairman of the Congress Committee, made this known while inaugurating the new party executives.

“Any parallel congress in Niger is illegal. We are the legitimate body appointed to conduct the Niger APC state congress,’’ he stated.

He explained that the party’s Constitution recognized election, affirmation or consensus for state congresses.

“We learned that APC members in Niger settled for consensus candidates as their new party leaders and that is what we adopted,’’ he added.

In his remarks, Gov. Abubakar Sani-Bello of Niger thanked the party members for coming up with the consensus idea in order to avoid rancor.

Sani-Bello said that he did not impose any candidate on the party, but that members chose their leaders voluntarily.

He commended members for conducting themselves peacefully during the hitch-free exercise.