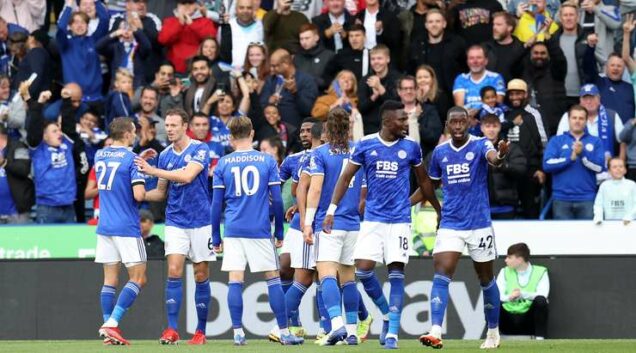 The visitors displayed lackluster performance as the determined Leicester were by far the better side of the day.

Mason Greenwood opened scoring on 19 minutes after latching on to a precise pass on the edge of the box and fired a brilliant shot that went in off the left post.

Leicester equalised 12 minutes later through a great link up play between Youri Tielemans and Kelechi Iheanacho, who gave the former a clear sight of goal on the edge of the box.

He did not disappoint as he beats the keeper in the left side of the goal.

Caglar Soyuncu tapped home from almost on the goal line after a lucky rebound fell at his feet on 78 minutes to make it 2-1 for Leicester.

Marcus Rashford, who just returned from injury equalised for United on 82 minutes after he connected with a cross on the edge of the box and fired a rocket of a shot into the net.

A minute later, Jamie Vardy latched on to a superb pass and broke through the defence before firing a shot from mid-range that went past the goalkeeper inside the right post to make it 3-2 for the homers.

On added time, Patson Daka, who came in as substitute for Iheanacho scored Leicester’s fourth goal as he was in the right place at the right time to pounce on the rebound inside the box and gleefully rifled the ball home.