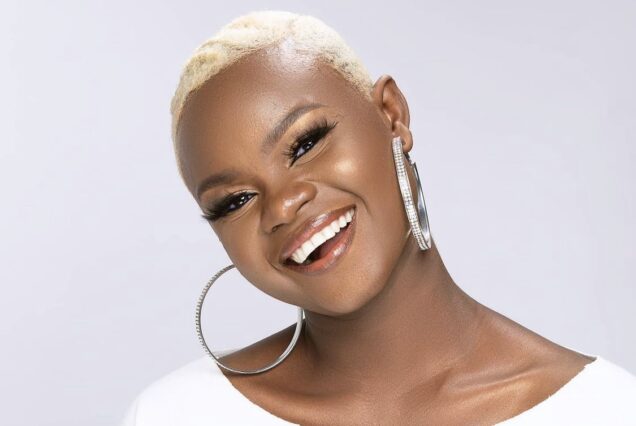 Naomi Mac, one of the finalists of the sixth edition of The Voice Nigeria., is set to stage a worship concert and an EP launch in Lagos.

According to Mac, the three-in-one worship and thanksgiving concert scheduled for 6 pm on November 12, will hold at the Harvesters Church in Lekki.

Themed the “Naomi Mac Experience”, the concert will also double as the launch of her five-track EP and her fashion brand, Solfa.

Speaking on the event, the singer took to her social media page and said: “On the 13fh of November, I will be turning 30!

“Looking back over the years, all I feel is sincere gratitude for how far I’ve come and how much I’ve grown.

“To celebrate and express my appreciation to the One behind it all, I will be hosting a 3-in-1 worship and thanksgiving concert in collaboration with other anointed ministers of God. The concert will be taking place on the 12th of November. This concert will also triple as the unveiling of my 5-track EP as well as the launch of my new fashion brand, Solfa by Naomi Mac

“I encourage you to join me physically,” she concluded.

Some of the guests’ appearances include Tobi Osho, gospel singer-songwriter and vocal coach; Efe Natham, music minister and director; MagPsalms, minister; Preacherz Kid, a poet; and Dare, a gospel artiste.

There will be a special guest appearance by the MAC Sisters, an all-girl band comprising Naomi and her five sisters.

The concert will be preceded by a Red Carpet event to start at 5 pm, after which the main event will follow at 6 pm.

Mac got her big solo break in 2011 after emerging as runner-up in the maiden edition of the reality TV show, Nigerian Idol.

In 2015, she was signed to House One Music, a record label, where she released ‘Fix Me,’ her debut single, and other collaborative projects including ‘My Heart’ featuring Adekunle Gold, and ‘Orimi’ with Pheelz.