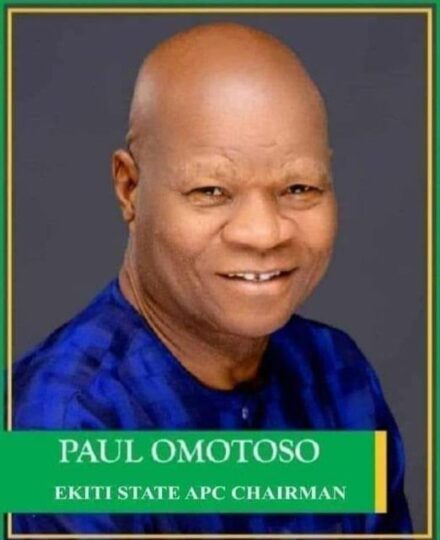 He was the Caretaker Committee Chairman of the party in Ekiti before his emergence at the congress.

Omotoso’s emergence was through affirmation at a programme held at the Mini Pavilion, around Fajuyi Round About, Ado-Ekiti.

According to Galambi, 37 candidates showed interest in the different positions, while 36 came for screening.

All 36 screened candidates automatically became elected for posts they contested as they were all unopposed, the election committee chairman said.

Shortly after the affirmation, the new Ekiti APC Chairman, Omotoso, told newsmen that he would take the party in the state to an enviable height.

He assured that his Executives would ensure that the APC gets a landmark victory in the coming 2022 governorship election in Ekiti and the General Election in 2023.

Supporters of the new chairman have started sending their congratulatory messages to him through social media.