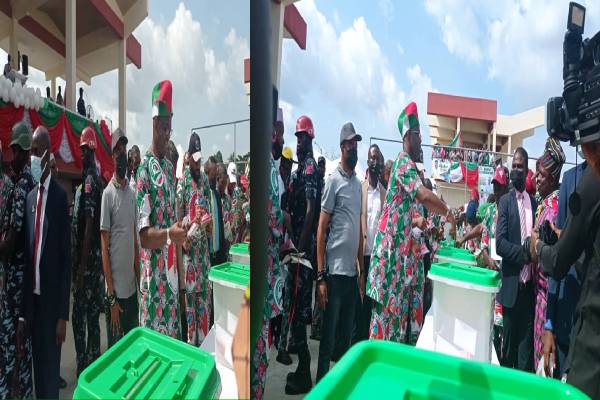 Two state chairmen have emerged from the just concluded congress of the People’s Democratic Party in Oyo State.

Dayo Ogungbenro emerged as the State Chairman of Governor Seyi Makinde’s led PDP with a total vote of three thousand one hundred and ten.

Governor Seyi Makinde described the congress as historical, saying the party’s next national Congress would unite the entire country.

He called on the aggrieved members of the party to have a rethink and reunite with the part in the state.

Meanwhile, Michael Okunlade who emerged as the PDP Chairman of the aggrieved faction lamented that the governor had sidelined them in the affairs of the state.

He said the attention of the governor had been drawn to their grievances but he has refused to acknowledge their demands.

However, NAN reported that not less than 50 vehicles parked around the Jogor Centre, where the aggrieved faction held its congress, were vandalised by hoodlums.

The hoodlums, in their scores, armed with sticks and cutlasses, were, however, prevented by security operatives from entering the venue of the congress.