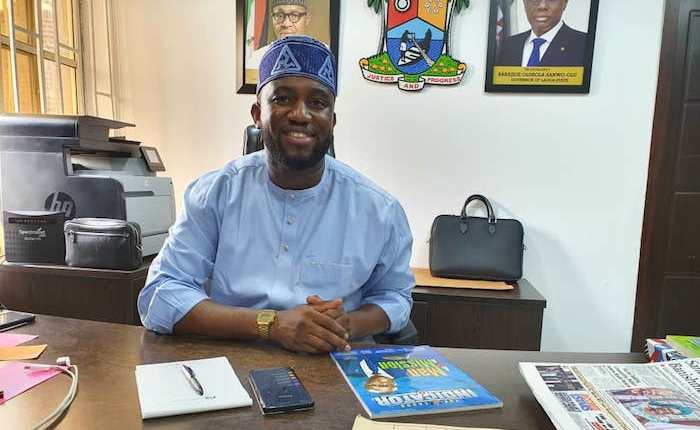 The General Manager, Lagos State Electricity Board, Engr. Mukhtaar Tijani at the weekend said the rapid rise of the solar industry in Lagos offers insights into the realities of state’s energy roadmap.

He spoke in Ikeja at a one day seminar organised for energy stakeholders on business opportunities in the solar industry.

The seminar is in furtherance of the commitment to facilitate cooperation, advance knowledge and promote the adoption and sustainable use of renewable energy.

The General Manager, Lagos State Electricity Board, Engr. Mukhtaar Tijani at the seminar held in Ikeja, explained that the seminar was part of the strategy of government to scale up interest in renewable energy and support policies and investment in the sector.

The seminar has the theme: “Thriving in Solar Business.’’

The General Manager stated that the programme was geared to provide in-depth knowledge on complex and competing agenda in solar business with a special focus on its constituents and variations across time scales.

According to him, “The rapid rise of the solar industry in Lagos offers insights into the realities of state’s energy roadmap. In examining the role of government in supporting the solar market and how effective they can be in providing optimal solutions to climate change, the Agency is making strides to ensure the solar become a viable replacement for non-renewable energy sources.”

He said the present administration had shown firm commitment towards accelerated use of modern renewable energy and is leading energy transition efforts in the country.

“As a government we are playing an enabling role by promoting and implementing policy interventions to enable this acceleration and further strengthen energy security, scale up infrastructure investment, and promote the growth of the green economy,” he said.

‘’The solar industry is significant in shaping the future of energy generation and the technology is versatile and an inexhaustible fuel source that is pollution and often noise-free. Government is committed to galvanise interest and invest on its efficiency,’’ he declared.

He added that the seminar is one of the major initiatives that underscores the capacities of the Lagos Energy Academy as it is evolving and developing a well robust academic offering for citizens, businesses and government agencies.

“In a bid to improve the quality of work provided by artisans and technicians in the power and energy industry while also achieving the economic and social goals of the Lagos State government, we have designed ideas and reposition the Lagos Energy Academy to a world-class standard and improve the quality of human capital that graduate from the academy while ensuring the impact is positively felt not only within the economy of Lagos but also that of Nigeria and Africa as a whole,” he said.

Tijani assured participants of an intellectually rewarding engagement, saying that the seminar would offer participants knowledge on new business models to support the viability of the solar energy market.