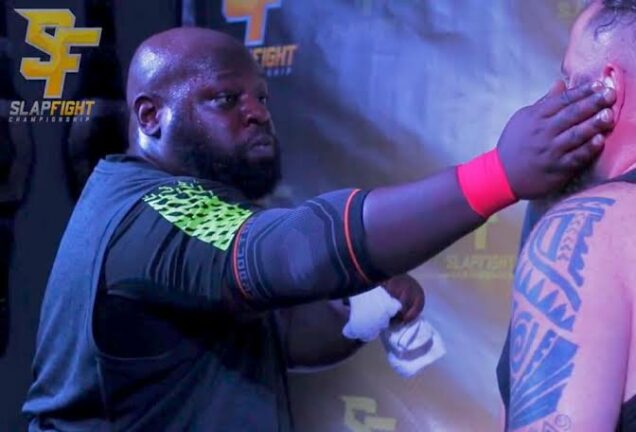 Organizers of the epic Slapfight Nigeria on Saturday said that there is an ongoing training session for athletes and officials that will be participating in the inaugural combat sport.

The Chief Executive Officer (CEO), Slapfight Nigeria, Abdulrahman Orosanya, said in a statement that the inaugural Slapfight championship will be tagged `slapmania 1.0.’

He noted that the athletes for the sport must follow strictly their dietary advice and shun banned substances.

“There are nutrition, dieting, and training regimes that athletes must practice to remain competitive and healthy.

“The athletes must avoid issues of taking no approved or contraband substances and drugs in order to have a clean championship.

“After the required training, the stage will now be set for the maiden Slapfight championship in Lagos in October 2021,” he said.

Orosanya added `that the CEO, U.S. Slapfight championship, T Tilley, appreciated the athletes and officials for participating in the new combat and extreme sports.

“During his presentation, he took the participants through the strategies, techniques, rules, and regulations of slap fighting with the aid of a demonstration video. He also presented a step-by-step procedure for participating in Slapfight.

“He informed the participant that the aim of the fight is to knock down or knock off the opponent by striking the cheek with the heel of your palm.

“The fighter must ensure that the ridge of palm makes contact with the tip of the chin of the opponent without committing a foul,” he said.

Quinn Davidson, a professional mixed martial art fighter and official of the Slapfight championship, also demonstrated and explained the procedures for a fight.

“He started with the competitor on the offensive side, standing firmly and measuring the opponent’s cheek, landing a good strike, without committing a foul, violation, or clubbing.

“The defensive fighter holds his hands behind his back to forestall leaning forward when a knockdown or knockoff strike hits the cheek, without flinching or stepping.

“He provided the demonstration of all the violations, penalties and unified rules approved for slap fighting by Slapfight championship and the World Slapfight Alliance,” he said.

The current Super Heavyweight champion, Frank the Tank, spoke on the techniques for slap fighting.

He said “This is formed by standing firm with both knees slightly bent forward, lining up the opponent and making his fingers to be relaxed and flexible.

“He must ensure that the slap lands perfectly on the cheek of the opponent with the heel of the palm at the tip of the chin,” he said.