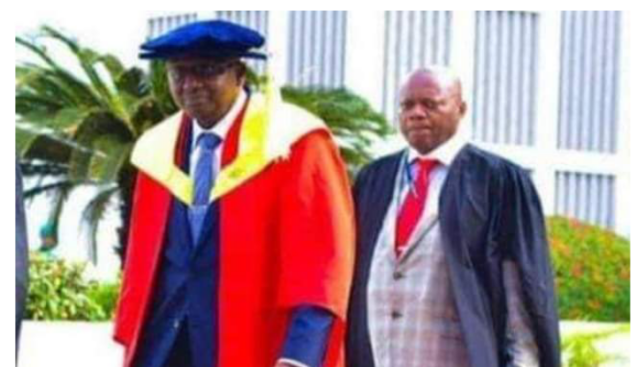 First, he wanted Adebowale to put the sordid experience of the past 13 months (succession crisis) behind him. Second, the new VC should hit the ground running from day one.

Below is the letter by Olayinka, now back to the Department of Microbiology of the institution.

It is now official. Effective 01 November 2021, our new boss takes office as the 13th Vice-Chancellor of the First and the Best. Your charge, Sir, is to be the best VC ever produced by our alma mata. Given your prodigious energy, extensive network of collaborators, gentle mien, humility, honesty, respect for all, loyalty to friends, strength of character and integrity we have no doubt that you will excel.

The fact is often deliberately overlooked that not too many scholars in the Nigerian University System have a better research publication profile than you. You are a VC with a CV.

Please put the sordid experience of the past 13 months behind you.

Colleagues from all over the world have been asking us why it is so difficult for the pre-eminent University in Sub-Saharan Africa to perform a simple task of appointing a Vice-Chancellor. It hurts very deeply why this had to be so.
You have to hit the ground running from day 1.

All hail the new helmsman, the 13th VC of the first and the best. Your charge, Sir, is to be the best VC that UI has ever produced.