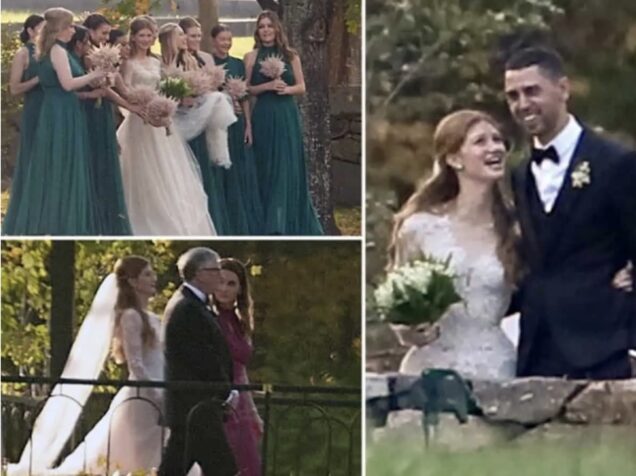 Jennifer Gates, the eldest daughter of billionaire businessman Bill Gates and Melinda French Gates, has married the love of her life, Nayel Nassar.

Nassar is an Egyptian equestrian who took part in the last Olympics.

Ahead of her big day, Jennifer also spent time in New York City with her family, including mom Melinda, who helped out with her daughter’s big day.

Jennifer was walked down the aisle by both her parents Bill and Melinda Gates. The bride wore a custom-made dress by designer Vera Wang.

It was the first time that Bill and Melinda Gates were seen in the same place since their widely reported divorce.

The estate was reportedly bought by her father bill in 2018 for around $16 million after she completed her graduation from Stanford University.

The wedding came one month after Melinda threw an intimate outdoor bash for her daughter, which was attended by a number of important women in Jennifer’s life.

Jennifer first shared the happy news of her engagement to Nassar in January 2020.