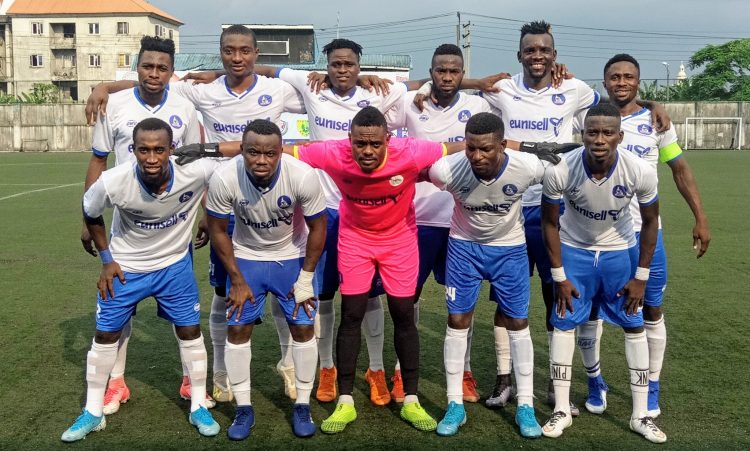 The chances of Rivers United FC qualifying for the group stage of the CAF Champions League dimmed on Sunday as they could only manage a 1-1 draw at home against Al Hilal of Sudan in Port Harcourt.

The Sudanese giants took the lead in the 37th minute through Yasil Mohammed, before Rivers United drew level in the 68th minute, when an Al Hilal player, Samwal Noureldin, put the ball through his own net.

The return leg will be played on Oct. 24 in Egypt, following the ban of Al Hilal’s home ground in Sudan for being sub-standard.

The loser of this tie will drop to the playoffs of the CAF Confederation Cup.

In the CAF Confederation Cup, Bayelsa United Football Club (FC) of Yenagoa recorded a slim 1-0 win over the CS Sfaxien FC of Tunisia in the first leg, second preliminary round of the 2020/2021 season.

The home team’s Victory Beniangha gave the Yenagoa side victory in the 55th minute, through a powerful shot that beat the CS Sfaxien goal keeper, Gaaloul Medheoi.

The Tunisian side started the game in a bright mood and dominated play in the first 15 minutes, after which they wilted and Bayelsa United took advantage of that to threaten the visitor’s defence.

The Nigerian Aiteo Cup Champions came close to scoring in the 30th and 42nd minute of the game, but Okardi Inikurogha attempts were frustrated by the agile CS Sfaxien goalkeeper.

The home side also came close to scoring in the additional minutes of the first half, but this was not to be as shot went over the bar, until beniangba’s goal in the 55th minute sealed the game for United.