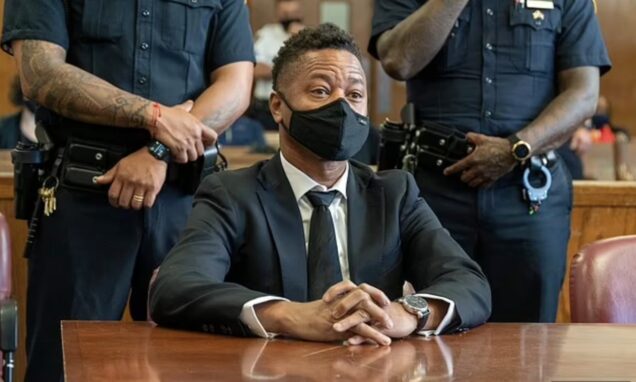 Prosecutors in the case are planning to portray the Oscar-winning actor as a serial sex offender, but the defense are contending the case is an example of #MeToo run amok.

Judge Curtis Farber on Monday set the February 1 trial date in the case, which involves allegations that Gooding sexually abused three different women at three different Manhattan nightclubs in 2018 and 2019.

One of the women alleged Gooding pinched her buttocks. Another said he squeezed her breast.

Farber had expressed a desire to start the trial sooner, possibly in December, but Gooding lawyer Peter Toumbekis said he´ll be tied up with trials in the Bronx then.

Gooding had been scheduled to go on trial in April 2020, but that was scuttled as coronavirus cases surged in New York and the state shut down most court matters.

Gooding was arrested in June 2019 after a 29-year-old woman told police he squeezed her breast without her consent at Magic Hour Rooftop Bar & Lounge near Times Square.

A few months later, Gooding was charged in two additional incidents as more women came forward to accuse him of abuse.

He was accused of pinching a server´s buttocks after making a sexually suggestive remark to her at TAO Downtown and forcibly touching a woman inappropriately at the LAVO New York nightclub, both in 2018.

In all, Gooding, 53, is charged with six misdemeanor counts that could land him in jail if he is convicted.

He has pleaded not guilty and denies all allegations of wrongdoing.

His lawyers have argued that overzealous prosecutors, caught up in the fervour of the #MeToo movement, are trying to turn “commonplace gestures” or misunderstandings into crimes.

For example, Gooding´s lawyers say video of the TAO incident shows Gooding tapping the woman on the back with a fingernail and turning around to give her a high-five to say goodbye as he leaves the club around 4.30am.

In addition to the criminal case, Gooding is accused in a lawsuit of raping a woman in New York City in 2013.

After a judge issued a default judgment in July because Gooding hadn´t responded to the lawsuit, the actor retained a lawyer who indicated they would fight it.

Read all in Mail Online