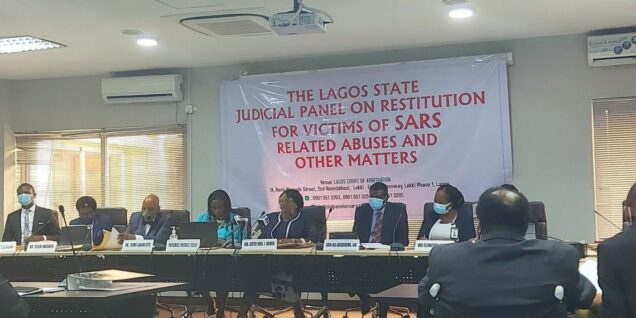 Lagos State judicial panel probing cases of SARS abuses and other related matters in the state has ended its sitting on Monday.

The panel ought to have ended its sitting on Tuesday, October 19, 2021, however, it had its final sitting on Monday due to the Maulid Nabiy public holiday scheduled on Tuesday.

It ended its sitting compensating not lesser than 20 victims of police brutality with cheques of various sums.

However, Chairman of the panel, Justice Doris Okuwobi (retd.) said during the sitting that the long-awaited report on its investigation of October 20, 2020, Lekki Tollgate ‘shootings’ is still being prepared.

She revealed that investigation into the incident and taking of evidence and exhibits has all been completed.

Justice Okuwobi noted that the panel’s recommendation would include compensation for victims if any for the Lekki Tollgate incident.

For petitions that the panel could not visit owing to time constraints, she said that they will be sent to the Lagos State Ministry of Justice which may set up a human rights body to address them.