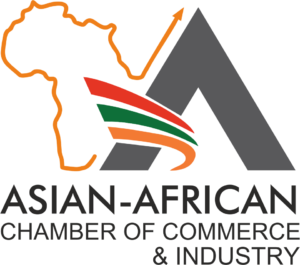 Asian-African Chambers of Commerce and Industry

Anrinle Adekunle, Vice-President of the Asian-African Chambers of Commerce and Industry, at the weekend said the French Government will partner Nigeria to empower hundreds of youths to become agriculture entrepreneurs.

He spoke while addressing newsmen on his return after he led a delegation of Nigerian agriculture entrepreneurs to France for a livestock summit.

According to him, the meeting, with the theme, ‘Ambition Africa,’ was the main business event between Africa and France.

He said it was held in Paris with over 100 of youths across Africa who were entrepreneurs such as private ranch owners, livestock feeds makers, veterinarians and others who have interest in ranching in Nigeria.

Adekunle disclosed that they were given opportunities to share ideas among their peers from France, saying that the cooperation would be of benefit to both Nigeria and France.

Adekunle added: “The trip was in fulfilment of the promise made by the President of France, Emmanuel Macron, during his visit to Nigeria in 2018.

“With this development, more cooperation is expected as the experience from it will be a blessing for both countries. We also congratulate the new French ambassador to Nigeria, Emmanuelle Blatmann.”

Adekunle stated that “Down in Clermont-ferrand was the SOMMET DE L’ELEVAGE which is the Livestock Summit that has in attendance many government functionaries from Nigeria, including former President Olusegun Obasanjo, Governor Seyi Makinde of Oyo State, Governor Rotimi Akeredolu of Ondo State, Jigawa State Governor; Ben Ayade of Cross River State, Kano State Deputy Governor and commissioners of agriculture from different states.”