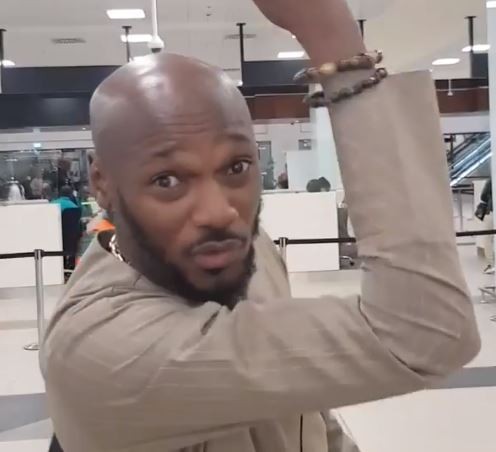 Award-winning Nigerian singer, Innocent Idibia, popularly known as 2Baba, said he is ready for any form of “bullshit.”

The singer stated this known on Monday in a series of messages on his Instagram story where he issued several warnings to some unnamed critics.

2Baba has recently been at the center of a family drama involving his wife Annie and another Nigerian singer Brymo.

Brymo also claimed that 2Baba accused him of sleeping with his wife, Annie.

However, 2baba has hinted that nobody should tempt him to do his worst. 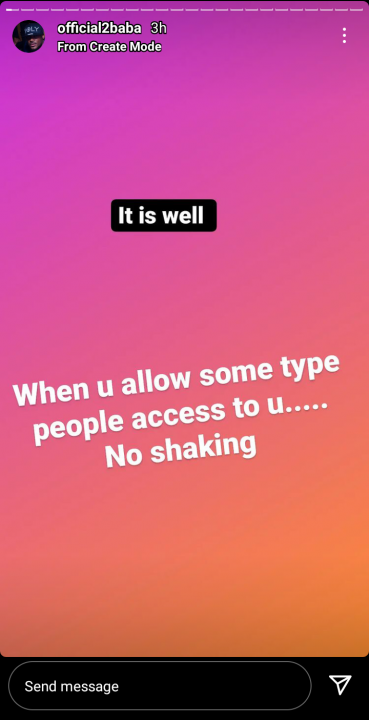 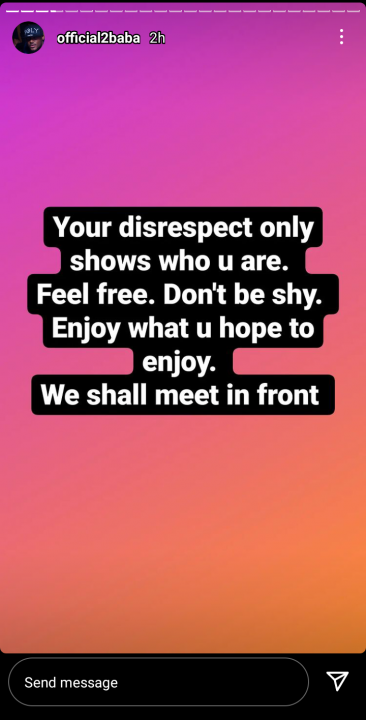 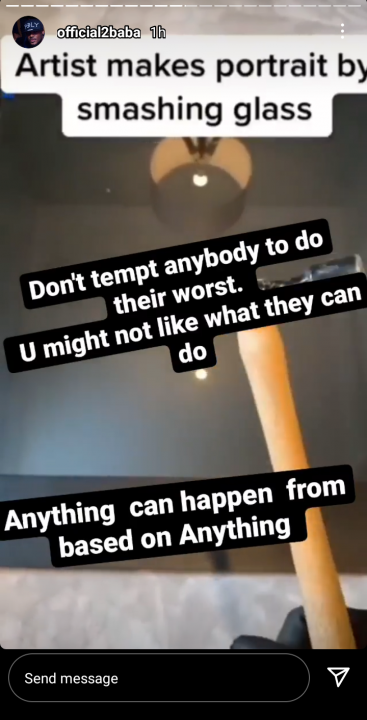 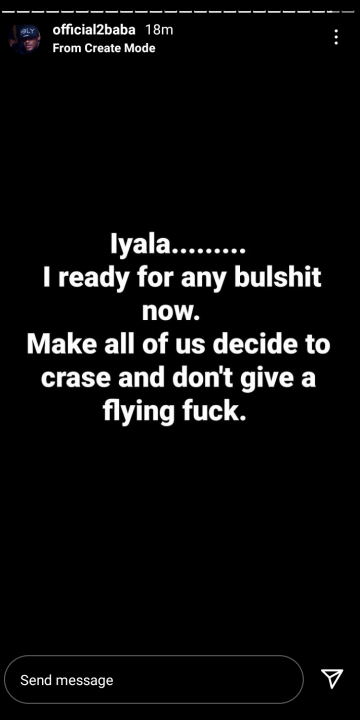