Obama: General Powell an example of what America should be 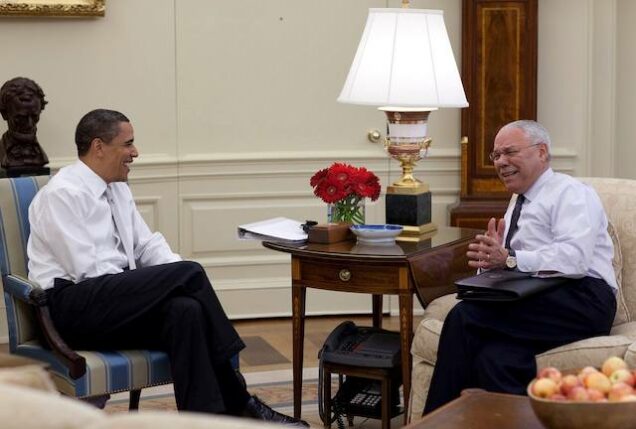 Former U.S. President Barack Obama has penned a tribute to General Colin Powell, the first African-American to become U.S. Secretary of State, describing him as an example of what America can and should be.

He recalled how he endorsed his candidacy in 2008 and the exceptional way he did it, despite his long links with Republican administrations.

Years ago, when he was asked to reflect on his own life, General Colin Powell described himself as “first and foremost a problem-solver.” It was true, of course. But he was far more than that.

General Powell was an exemplary soldier and an exemplary patriot. He was at the center of some of the most consequential events of our lifetimes – serving two decorated tours in Vietnam; guiding U.S. strategy in the Gulf War; serving as National Security Advisor, chairman of the Joint Chiefs of Staff, and Secretary of State; offering counsel to four presidents; and helping shape American foreign policy for decades. Everyone who worked with General Powell appreciated his clarity of thought, insistence on seeing all sides, and ability to execute. And although he’d be the first to acknowledge that he didn’t get every call right, his actions reflected what he believed was best for America and the people he served.

Along the way, General Powell helped a generation of young people set their sights higher. He never denied the role that race played in his own life and in our society more broadly. But he also refused to accept that race would limit his dreams, and through his steady and principled leadership, helped pave the way for so many who would follow. It was the way Colin Powell saw the world – not as a starry-eyed idealist, but as someone with deep and abiding faith in this country and what it stands for – that made him such a central figure.

On a personal level, I was deeply appreciative that someone like General Powell, who had been associated with Republican administrations in the past, was willing to endorse me in 2008. But what impressed me even more was how he did it. At a time when conspiracy theories were swirling, with some questioning my faith, General Powell took the opportunity to get to the heart of the matter in a way only he could.

That’s who Colin Powell was. He understood what was best in this country, and tried to bring his own life, career, and public statements in line with that ideal. It’s why, for all the battles he fought and problems he solved, Michelle and I will always look to General Powell as an example of what America – and Americans – can and should be if we wish to remain the last, best hope of earth.

Our family sends our thoughts to Alma, their three children and grandchildren, and everyone mourning his loss today.