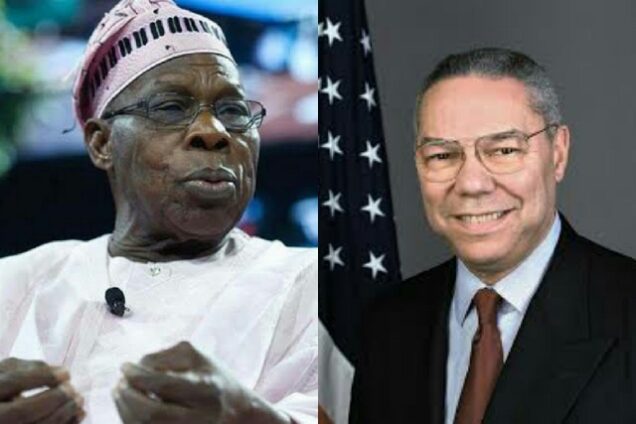 He said his death was a great loss to the whole world.

Obasanjo said late Powell was indeed a trusted colleague and Comrade-in-arm, whose closeness as an African-American with the mother Africa assisted in the growth of the continent.

In release by his Special Assistant on Media, Kehinde Akinyemi, copy which was made to newsmen on Monday, Obasanjo said, “General Powell’s tenure in office marked a significant departure from the traditional relations between Africa and the United States.

“With him, among others, I have always seen advantage in the closeness of the African-Americans with the mother Africa. It is mutually good and beneficial for the Africans at home and for our brothers and sisters in diaspora in the US, Caribbean or Southern America.

“I cherished our relationship for the good of humanity in general and especially for the good of our race which collectively is the most abused, despised and disregarded race in modern history. He was indeed a trusted colleague and Comrade-in-Arm,” Obasanjo was quoted as having said.

The former President noted that the news of Powell’s death was received with sadness, stressing that, “his death is a great loss not only to his immediate family and to the United States of America but also to the entire world.

“Though the world, particularly Africa, would miss him, his legacies would continue to inspire many to reach the highest points of their productive, political and creative abilities. May God grant his soul perfect peace and rest,” Obasanjo stated.