President Buhari not against Igbo presidency 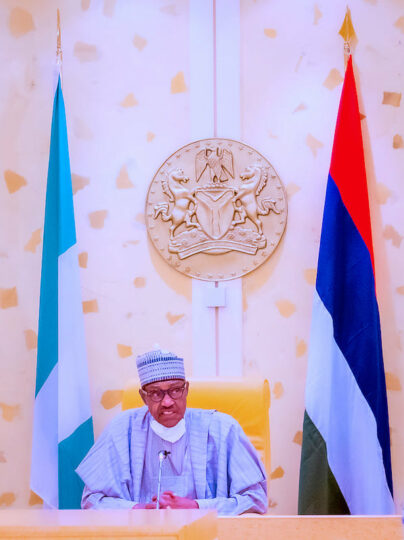 The Director-General, Nigeria Film Corporation, Dr. Chidia Maduekwe, said President Muhammadu Buhari is not averse to the emergence of his successor from the South-East geopolitical zone.

Maduekwe said this during an interaction with newsmen in his Ohafia country home.

He said it was mischievous for people to describe Buhari as a hater of the people of the Southeast, adding that the president’s political antecedent pointed to the contrary.

“It is not true that the president does not want a president of Igbo extraction, rather he is supportive of the cause.

According to him, there is no way Buhari will hate the Igbo people and in 2003 he picked late Chuba Okadigbo, an eminent Igbo man, as his presidential running mate.

“In 2007, he also selected another prominent Igbo man, Chief Edwin Ume-Ezeoke, as his running mate.

“It is possible that either of these two Igbo personalities could have succeeded him if Buhari was elected in 2003 or 2007,” he said.

Maduekwe further said that the Southeast had received a fair share of the president’s political appointments and distribution of development projects in the country with many Igbo already appointed into strategic offices by the president.

He cited the appointment of Sen. Ifeanyi Ararume (Imo) as the Chairman of, Board of the Nigerian National Petroleum Corporation (NNPC).

He asked, “Why are we not celebrating these appointments of our people by the president and stop criticizing him?

Maduekwe described the second Niger Bridge, which is nearing completion, as one of the multi-billion naira projects of the present administration.

He said although President Goodluck Jonathan’s administration conceived the project, it later became a tool for political campaigns.

“But this administration started the execution and is determined to complete and deliver the project,” he said.

He also gave kudos to the president for addressing the road infrastructure deficit in the Southeast, saying that in addition to the bridge, he had done well on roads.

Maduekwe recalled that the Arochukwu-Ohafia Road, which Buhari started in 1984 as a Military Head of State, was abandoned by successive administrations.

“Is it not worthy of commendation that the same Buhari has awarded the contract for the road toward its completion?

He also said that one of the three ultramodern diagnostic centers built by Buhari’s government was situated at the Federal Medical Centre, Umuahia.

He also cited the reconstruction of the Akanu Ibiam International Airport, Enugu, as another landmark project of Buhari’s administration in the Southeast.

“Why can’t we appreciate the man who has done so much for us? We are not fair to the president,” Maduekwe said.

He disagreed with the allegation of lopsided appointments against the president, saying the appointments reflected federal character principle.

According to him, before Buhari’s election in 2015, between 60 percent and 70 percent of the political appointments were skewed in favour of the South-South and South-East.

“So, when he came in, he tried to create a balance and he has done this in line with the federal character principle of ensuring equity in the sharing of political offices,” Maduekwe said.

He said that Buhari had performed better than his predecessors, pointing out that “no previous administration in the country had initiated landmark infrastructural masterpieces as Buhari.”

Maduekwe also defended external borrowing by the present administration, saying: “We are not borrowing to feed.

“Whatever the president is borrowing is tied to infrastructure and projects.”

Maduekwe also spoke on the nation’s film industry, his programs and policy initiatives to reposition and drive the sector to greater prosperity.

He said the nation’s music and film industry had remained the arrowhead of the entertainment industry across the globe, describing it as “the low-hanging fruit”.

“According to the report by the National Bureau of Statistics, it is the second-largest employment-generating industry, after agriculture,” he said.

Maduekwe said the corporation had set up a mobile film school and had plans to replicate it in strategic states of the federation to train upcoming artists in the film production value chain.

He also said the organization had signed a memorandum of understanding with Nestle Plc and the National Communications Commission.

He said the essence of the collaboration was to make Nigeria a film entrepreneurial hub in Africa and the world.

“My ambition is to turn our youth into a huge market because there are lots of knowledgeable people with hands-on skills.

“I also envision having Nigeria driving the film industry globally by providing hands-on training and skills to make the industry competitive.”

Maduekwe, who was born on Oct. 15, 1953, thanked God for keeping him alive, in spite of the life-threatening challenges he went through, including the Nigerian Civil War.

The medical practitioner, who was the Director, Media, in Buhari Campaign Organisation in 2014, thanked the president for finding him fit to head the nation’s film corporation.