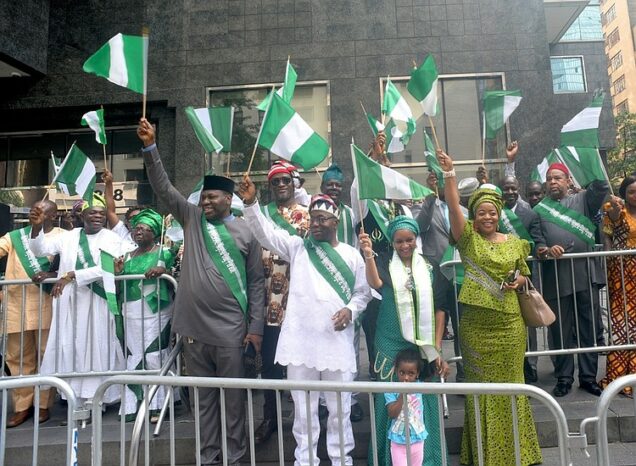 Organisation for the Advancement of Nigerians (OAN)

Nigerian U.S.-based group, Organisation for the Advancement of Nigerians (OAN) has called on political leaders to ensure they deliver on their campaign promises to the Nigerian people.

The Chairman, Board of the group, Mr Yinka Dansalami, said Nigerian leaders should also be transparent and address corruption in the country.

Dansalami said failure to address corruption in the country could lead to agitation by the youth who “bear the brunt of unemployment the most.

“It is high time they (leaders) stopped corruption. If they don’t stop it, there is going to be agitation all the time,” he said.

“And if the youth don’t have jobs, there is going to be agitation. So, stop corruption. Leaders should also find a way of creating jobs for the citizens, especially the youth.’’

Dansalami urged Nigerians in the diaspora to be involved in politics, saying, “for those of us here, it is a high time we got involved; we don’t just sit on the sidelines and allow things to pass by us.’’

He also advised Nigerians to “vote your conscience in 2023 elections. Vote for those you think will deliver. Vote for those that care for your interests and your welfare.

“Do not vote for someone who wants to give you a bag of rice, a bag of garri and that is what you are going to eat for the next four years.’’

Dansalami said the 2021 edition of the annual Parade and Carnival was celebrated only with the carnival component because of COVID-19.

“Hopefully, next year, we will be able to put at least 300,000 people on the street of New York to have both the parade and the carnival. Our target is to reach one million people,” he said.

He also spoke on ‘Who Wants to be a Millionaire?’ segment of the virtual parade as part of the 2021 Independence Day events.

Dansalami explained that someone was able to answer questions worth about 750,000 naira in the programme that drew Nigerian participants from across the globe.

He expressed confidence that the organisers would improve on the programme in subsequent editions.

Tags:   Organisation for the Advancement of Nigerians (OAN)   Yinka Dansalami