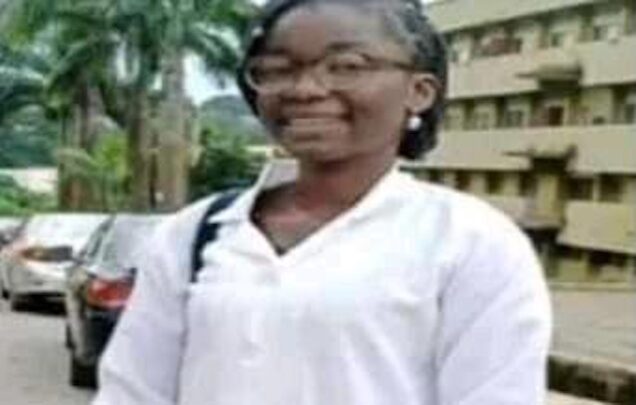 Another student of the University of Ibadan, Miss Oluwaseun Ayomide Adeyemo has died after being hit by a car, driven by a student of UNILORIN.

The 200-level student of Microbiology department died on Sunday as a result of injury she sustained.

The incident occurred along the UI-Sango Road.

The news of Adeyemo’s death comes few hours after a final year student in the department of History, Ridwan Adedayo Adegoke was killed by robbers.

Director of communication in the University, Mr. Tunji Oladejo also confirmed the death of Adeyemo in a press release on Sunday evening.

He added that the matter has been reported at Sango police division.

Oladejo said, “it is another dark Sunday as our 200-Level Student of the Department of Microbiology, Faculty of Science, Miss Oluwaseun Ayomide Adeyemo, died due to injury she sustained from a road accident when she was hit by a fast moving vehicle driven by a fellow who lost control.

“The driver was said to be a student of the University of Ilorin. The accident occurred in front of Mobil Petrol Station on Ojo/UI Road.

“The corpse of the late Miss Adeyemo has been deposited at the Department of Anatomy of the University.

“The matter is being investigated by the Sanngo Police Division of the Oyo State Police Command”.