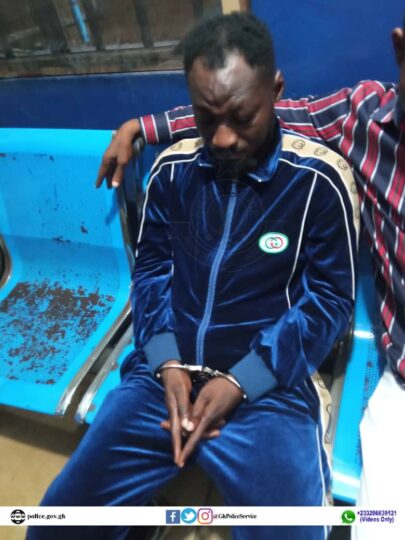 The comedian was arrested on Monday after threatening to kill the mother of his children.

Funny Face in a video on Sunday noted that he will take the life of Vanessa Nicole, mother of his children, and commit suicide thereafter.

“Your mother, Vanessa. I’ve already told you that I shoot you. I’ll just shoot you and kill myself after that,” he said.

He also called out some other persons in the video.

However, the police said Funny Face was arrested at 10:14 pm arrested on Monday night.

The police said: “Due to the history of the suspect, the police shall submit Benson Nana Yaw Oduro Boateng to the court for an order for psychiatric examination, to determine the next line of investigative action.

“The police is committed to protecting lives with the generous help of the public.

“We want to assure the public that we shall not take anything for granted in the interest of public safety.”